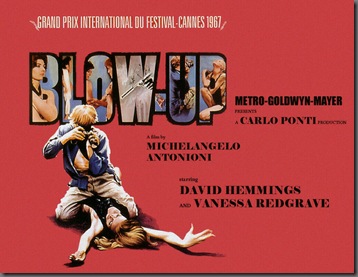 (There may be spoilers, if that’s possible, in this post.)

Somehow this 1966 film from famed Italian director Michelangelo Antonioni earned two Academy Award nominations: Best Director and Best Original Screenplay.  Obviously drug abuse was a huge problem for Academy voters in the mid-60s, because Blow-Up is a really bad art film gone horribly wrong.  I’m sure many a purist’s head is exploding as they read this, but I don’t care. For me, Blow-Up is painful to watch—sort of like another Antonioni movie, Zabriskie Point (1970), but only sligh 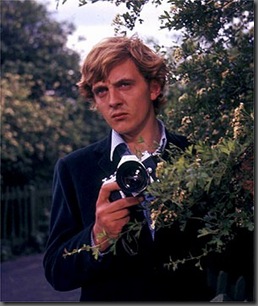 David Hemmings plays a famous London fashion photographer who spends his days surrounded by beautiful but vapid models and his nights taking vérité-esque pictures of men in flophouses (known as the doss house in England). The slight plot that there is comes about when the photographer happens upon a couple in a deserted park and starts taking photos of them.  When the woman sees (Vanessa Redgrave) him she demands he give her the undeveloped film.  Naturally he refuses—he thinks he wants to use the photos for the end of his upcoming book—and she shows up at his flat/studio and offers to sleep with him for the pictures.  We never learn if this actually happens (like so many other things we never learn in this movie), but we do know that after she leaves he develops the film and discovers that she was attempting to hide the fact that she was part of a murder.  Yes, I  know this sounds like an interesting plot turn, but believe me, it’s not.

So, why didn’t I like this film? First, Blow-Up seems like a vanity project. Is the photographer a ‘complex’ and  ‘conflicted’ representation of Antonioni himself, who makes inane films about rich and beautiful people but longs to do bigger things? Maybe, but again, I don’t care. Watching Hemmings drive around in a Rolls Royce and roll around on the floor with two dimwitted groupies was not must-see cinema.  Rather, it seemed like a reflection of Antonioni himself and what he thought a successful artist should do to pass the time. 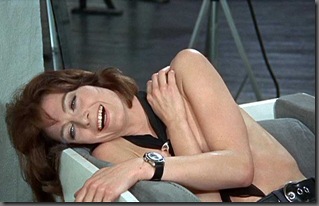 And then there’s the acting. Oh, poor Vanessa Redgrave, why must you act like a jittery drug addict looking for your next fix in every scene?  Yes, she was complicit in a homicide, but her overactive eyes and fidgeting hands went way over the top.  Obviously Antonioni couldn’t coax a nuanced performance out of her and allowed her to play neurotic to the hilt.  And, then on the opposite extreme of Redgrave there is Hemmings—to be playing what one would assume was a charismatic and powerful man and yet be so boring must have been difficult.

Finally, we must discuss the completely ridiculous ending (now is where ‘spoilers’ will appear).  Did I watch a film for nearly two hours about an 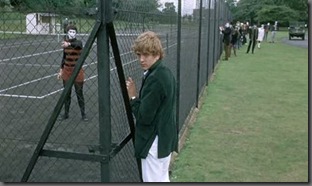 assumed murder to find absolutely no resolution at the end? But wait…there’s more—did the movie truly end with a mime show and me asking WTF? I get ambiguity, but Antonioni’s version of it is beyond overboard.

Overall, it was bad---really bad.  So many questions were left unanswered—and I’m not even talking about the film itself.  The biggest question I find myself pondering is how the hell did Antonioni and fellow screenwriter Tonino Guerra’s screenplay for this get nominated for an Oscar?  Was there really a script of insanely long periods of silence rewarded with such an honor?  Are we sure it wasn’t an outline?  Oh, the perils of “The Book”.