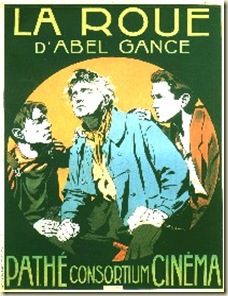 Greek tragedy in a French setting.

The original cut of this Abel Gance 1923 silent was over 9 hours long. What remains of the original cut today is over 4 hrs. long. After watching this cut I asked myself how anyone could watch 5 more hours of this film. I’m not saying the film is bad, because it is actually entertaining at times. I just think that it is a bit overdrawn and that this can take away from the overall pleasure of the film.

In this story you have railroad worker, Sisif, as a modern day Sisyphus (yes, the rock and hill guy). In an advanced action sequence of a train wreck, Sisif finds an orphaned baby girl (Norma) whom he 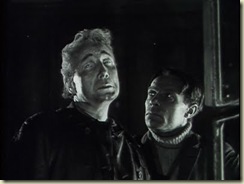 decides to raise alongside his own son, Elie. Eventually Norma grows up to be a looker and both father and son finds themselves attracted to her. This is where the incestuous Oedipus references come into play. Sisif unhappily marries Norma off to a rich man. The relationship between Norma and Elie develops into a romance and both husband and brother/lover are killed. This causes Sisif to become blind (not by way of knitting needles, though) and leads to a bleak ending.

The opening train wreck is something to behold for a 1923 picture. The incorporation of music into the development of the story (through montage) brings a nice element to the film. I also enjoyed the winter shots on Mount Blanc. The story, however, is very melodramatic. The literary references are an added bonus for some, but not everyone knows a lot about Greek tragedy.

At times an interesting film to watch, but not one of my favorites.