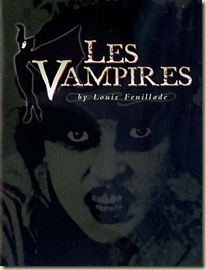 First, don't allow the title of this 1915 French silent serial to fool you--this is not a film about blood-sucking vampires. Sorry to disappoint the Goths and Ann Rice fans. Yet, take solace, the villains do wear a lot of black and seem to like to wear a lot of face powder. Second, don't attempt to watch all 10 episodes (approximately 7.5 hours) in one sitting. After heeding these few bits of advice, sit back and prepare yourself for the strange mind of Louis Feuillade.

The story revolves around a Parisian criminal gang who refer to themselves as, you guessed it, the Vampires. Their arch-nemesis is a news reporter named Philippe Guerande; a man I would not refer to as compelling. And like any good hero, he has a bumbling sidekick named Mazamette. The clear s 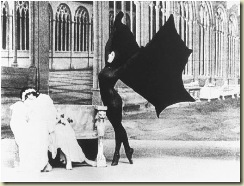 tar of the film is Musidora, who plays Irma Vep, one of the more capable Vampires.

This film has a number of twists and turns--you never really know who is good and who is evil. And even when you get a good impression of who actually is a baddie, say the Grand Vampire for example, they end up killed and replaced by another Grand Vampire, who, in turn, also ends up dead as well. All told, there were 4 Grand Vampires. In addition, seemingly upstanding citizens, such as judges and cops, turn out to be members of this society of criminals.

The film is a sh 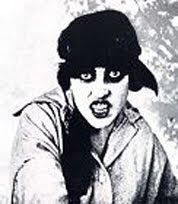 This crime thriller is an interesting watch. Later films in this genre owe a lot to Feuillade. But be warned, you must have patience to enjoy this film. There are some episodes that could have done with a bit more editing--not Baz Luhrmann cuts exactly but something closer to Hitchcock. In the realm of film history, this film serves its purpose.