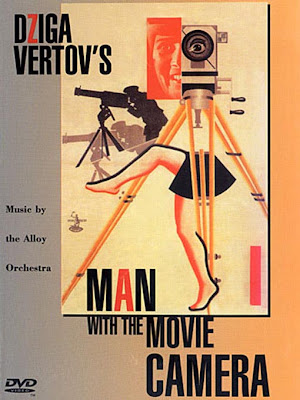 No, I don’t mean the one who asked you to do a screen test in the San Fernando Valley.

Dziga Vertov directs this experimental 1929 silent documentary (and Soviet propagandistic) film. There is no linear plot or narrative and there are no actors in this 80 min. film. There are many people who like this film because of the many cinematic techniques used by Vertov. I am not what you would call an “arty” person, so films like this one just don’t interest me—they just give me a headache. I just don’t like to watch 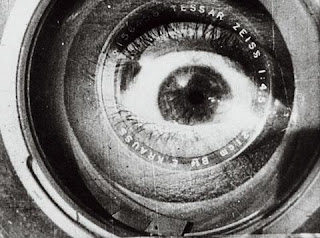 footage played backward or fast motion shots.
The life of the common Soviet citizen is on display here. Machines, and how people interact with them, are somewhat glorified in many shots. In addition, the omnipresence of the camera is strongly stressed by Vertov. The best example I can think of from this film is the shot of a baby emerging from between a mother’s legs.

Vertov belonged to a group of filmmakers known as the Kino-glaz (Cine-Eye), who wanted to rid the world of fiction in film—to them the documentary was the only valid film style. To say that many filmmakers of the time hated this group would be an understatement. Before watching this film audiences had to read a statement from Vertov that said the film was “directed towards the creation of an authentically international absolute language of cinema – ABSOLUTE KINOGRAPHY – on the basis of its complete separation from the language of theatre and literature." In my opinion, if you need a warning like this in the beginning of your film there might be a problem.

This is the second of the 1001 movies I had to see before I died that I wish I hadn’t.