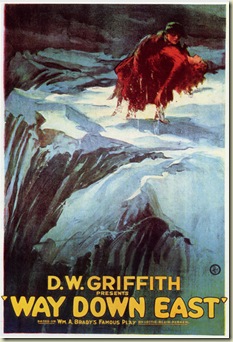 Another title for this 1920 D.W. Griffith silent could be: When Bad Things Happen to Good Girls.

Lillian Gish plays a very gullible New Englander who comes under the spell of a Bostonian cad named Sanderson. In one of the more inventive ways of getting a virgin into bed, Sanderson gets Gish to elope with him and sets up a bogus wedding ceremony. With "some details" to work out, he sends her back home to her mother, where she soon learns she's with child. Does this sound like a soap opera, yet? When she contacts her "husband" with the good news she is promptly dealt the unsavory truth. This sets off a series of unfortunate events, such as her mother's death, the baby's death, and her homelessness. With a good bit of cinematic luck, she soon finds herself working at the Bartlett farm, where she meets and falls in love with the farmer's son, played by Richard Barthelmess. But Gish's secret shame isn't ever far away, nor is Sanderson, who conveniently lives close by. The truth is revealed and finally the best part of this entire film happens: the icy river scene. 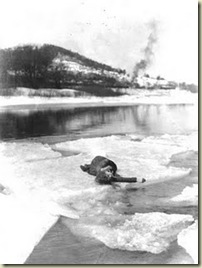 Despondent after being turned out by the Bartletts, Gish sets off in a snowstorm and manages to get herself trapped on a piece of ice floating down a rushing river. In one of the most exciting action sequences in silent film history, Barthelmess maneuvers along the broken ice in a race against time and a plunging waterfall. At the very last possible moment he rescues her. After she recovers from frostbite and all around stupidity, all if forgiven and they wed.

I did not find the story itself all that compelling. This is Victorian melodrama at its height. However, the frozen river sequence makes the film worth watching. The editing of this scene alone is something to be marveled at--especially for 1920.