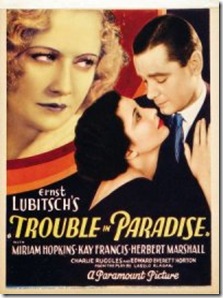 Love, temptation, and paradise—three things that can cause all kinds of trouble…just ask Eve.

If you asked director Ernst Lubitsch what his best film was he would answer this one. Many critics seem to agree with him—after all, he is the master of the sophisticated romantic comedy. Both Billy Wilder and Howard Hawks thought Lubitsch was a god and openly modeled their work after his. Using his “Lubitsch Touch” to the utmost, Lubitsch pushes the envelope over a cliff with sexual double entendres, witty dialogue, and sophisticated style and grace. Based on Aladar Laszlo’s play The Honest Finder, the story follows a couple of master thieves (played by Herbert Marshall and Miriam Hopkins) who try to outwit one another for the sport of it, as well as for a good chunk of change from a a beautiful businesswoman (played by Kay Francis).

The “Baron” Gaston Monescu (Marshall) and “Countess” Lily Vautier (Hopkins) first meet in Venice, where Lily pretends she’s ashamed to be seen going into his hotel room—but not ashamed enough to try to look inconspicuous. The gown that Hopkins is wearing couldn’t have been any tighter 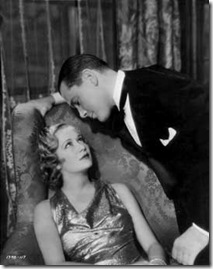 without her breaking a rib. Add the fact that it’s one of those shimmering, backless numbers and you see how one might doubt her meek manner. Anyway, as they are dining in his hotel room and enjoying a bit of sexual repartee, word gets around that there have been a number of robberies in the hotel. As each criminal tries to outwit the other, the truth dawns on Lily and she nonchalantly calls him a crook and then asks him to pass the salt. Thus, each reveals what they have stolen from the other, which serves as a strange form of foreplay for the couple and they declare their love. This scene is sleek, sexy, and sophisticated.

The story then moves to Paris, where we meet Madame Mariette Colet (Francis), the widowed owner of the Colet Perfume

Company. Rich beyond compare, she pays 125,000 francs for a diamond-encrusted evening bag, Mariette is a bored and frivolous woman. Her two would-be suitors, Francois (Edward Everett Horton) and the Major (the always delightful Charles Ruggles), vie for her time and affections. Sometimes they even go on dates together, such as to the opera where Mariette has her 125,000 franc purse stolen. Guess who was in the audience that same night?

Time has not been kind to Gaston and Lily. He hit a snag in Geneva and their finances are not what they once were. As a result, the passion has dimmed a bit. When Lily reads in the newspaper about a 20,000 francs reward for the return of Mariette’s lost purse she urges Gaston to turn it in for the reward—he has bigger plans.

When Gaston goes to return the purse he saves Mariette from an angry Bolshevik and endears himself to her. Of course, now he’s Monsieur LaValle—he needs to be incognito since that nasty Geneva incident. He tells Mariette that he only accepts the reward due to the stock market crash. Unable to find her checkbook, Mariette is persuaded by Gaston to look in her wall safe. 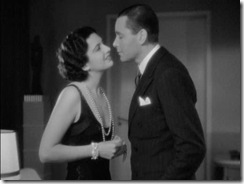 Obliviously she opens it in front of him, and he stores the combination in his thieving mind. No checkbook, but there is 100,000 francs on hand—if only we all had that problem! It would seem that Mariette isn’t used to handling such issues, but since she discharged her secretary she’s been a bit disorganized. Well, Gaston needs a job and she likes the way he tells her she has no business sense. Voila—Gaston is now her personal secretary—no references please! In short fashion he positions himself as the most powerful person in the Colet house, even more so than Madame herself.

Since Mariette is useless when it comes to business and Gaston is responsible for everything, he needs an assistant. And, so, Lily comes to Chateau Colet and works with Gaston to convince Mariette to keep 850,000 francs in her safe. Lily is no longer dressed in slinky dresses but in unflattering suits.When Mariette suggests that Lily do more of Gaston’s work and that she leave at 5 p.m. every day, Lily becomes convinced that her new boss is out to get her man. Jealous and convinced Gaston is sexually involved (or soon to be) with Mariette, Lily tries to convince Gaston to leave with what is already in the safe. When he says they need to hold out a bit longer, Lily begs him to remain a crook but not to become a “good for nothing gigolo.”

Each day after Lily goes home at 5 p.m., Mariette draws Gaston closer and closer to her. Eventually it becomes obvious that they are involved and Lily starts to become bitterly jealous. If Lily wasn’t problem enough, Gaston has to deal with Francois, one of his victims in Venice. While Francois can’t place Gaston he has a feeling they’ve met before. In addition, the chairman of Mariette’s company, Monsieur Giron (C. Aubrey Smith), is convinced Gaston is an imposter. Eventually, Francois remembers where he’s seen Gaston after snuffing a cigarette in a gondola-shaped ashtray. Somehow Gaston distracts Francois and he forgets to accuse Gaston of wrongdoing. Gaston alerts Lily to the end of the grift and books train tickets to Berlin. 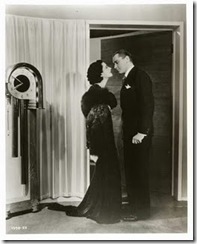 The last section of this film is the best. When Gaston plans to rob the safe while Mariette attends a dinner party, Lubitsch throws in one of his best twists. With a servant awaiting orders about the car, the couple argue over whether she is to go to the party or stay. Taking control for once in her life, Mariette decides to take Gaston as her lover and even snaps her fingers at him to show how quick she can have him. Later, they both emerge from her bedroom door in plain sight of the chauffeur, who is finally told by Gaston that Madame won’t need the car. Oh, but, yes, she will, says Madame. This is priceless. Evidently, Gaston will have to wait until 11 p.m.—but he has to catch the midnight train to Berlin with Lily! He calls her and announces they won’t be leaving until the morning.

While Mariette is at the party, Giron arrives and informs Gaston that he must leave the chateau by the next morning unless he wants the police introduced to Gaston Monescu. Unfortunately for Giron, Gaston has uncovered that he’s been embezzling from the company. With this out of the way, now Gaston must deal with an angry and jealous Lily, who comes to collect her share of the take and to leave Gaston forever.

Meanwhile at the party, Francois’ memory is restored when he hears the word “doctor” and remembers who Gaston is. He informs Mariette, who returns to the chateau just as Lily is leaving. She immediately goes to Gaston’s bedroom

and starts taking off her clothes and jewelry. When she goes to place her jewels in the safe Gaston attempts to distract her by telling her of Giron’s embezzlement. Eventually he reveals that he is a crook, but that he loves her, too. Distressed, Mariette returns to her own room to find Lily waiting for her. In a deft move, Lily informs Mariette that she’s the one who robbed the safe and that she is Gaston’s former lover. In one of Miriam Hopkins’ best scenes of all time (not that there are many), she first throws the money back at Mariette and then decides if Mariette can pay 125,000 francs for a handbag she can afford to pay 100,000 for Gaston—thus making him a gigolo. This makes Gaston realize he loves Lily. He bids farewell to Mariette, and she bids farewell to her pearl necklace—a willing gift to Lily. 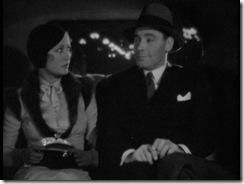 In the final scene of the film we find the thieves in the back of a taxi cab, making their way to the train station. When Gaston searches for the necklace, Lily reveals she’s already pick-pocketed it and that she took the 125,000 handbag as well—now will he deposit the 100,000 that he took out of her purse.

The dialogue and the story are wonderful. You can’t beat a Lubitsch film when it comes to witty dialogue. He may have not written the screenplay, that marvelous piece of work belongs to Grover Jones, but he had an ear for what worked best and how and at what pace it should be delivered.

Herbert Marshall is his usual charming and suave self. If you’ve seen him in The Letter, then you are familiar with his range. As for Miriam Hopkins, she is bearable. I don’t care for her at all. There is something that always rubs me the wrong way when I watch her in a film. I suppose this is her best performance, but as I’ve already said, there’s not much to choose from. My favorite scenes in the film all have Kay Francis in them. I think she is absolutely wonderful in this role and if it were up to me, Gaston would have stayed right there in her bedroom. The idea that he’d leave her for Miriam Hopkins almost ruins the film. It sort of reminds me of how I felt at the end of Four Weddings and a Funeral. I was so mad when Hugh Grant’s Charles ended up with Andie MacDowell’s Carrie, when he should have realized the best woman for him was Kristin Scott Thomas’ Fiona. Am I the only one who feels this way about these two films?

Finally, while I like this movie, it is not my favorite Lubitsch film. I much prefer Ninotchka. Still, Trouble in Paradise is an enjoyable film that all fans of sophisticated comedy should see.