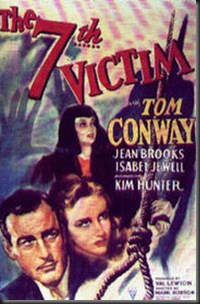 Mary Gibson, attending a Catholic school, is informed that her sister, Jacqueline, has not paid her tuition in six months. Concerned for her sister, who is apparently missing, Mary travels to New York and discovers that Jacqueline has sold her business to a partner. Additionally, she rented a room above an Italian restaurant, changed the lock on the door and left, returning a few times only to dine and pay a monthly rent. Mary pleads with the restaurant owners to open Jacqueline's apartment, Room 7, where they see a single chair sitting underneath a hanging noose. Irving August, a private investigator, wants to help Mary find her sister (mostly because he was told to stay off the case), but things take a turn for the worse when someone is murdered. 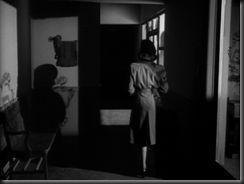 Well known producer Val Lewton was hired by RKO Pictures to produce low budget horror films with titles provided by the studio. When the first film, Cat People (1942), proved a hit, Lewton was allowed much control over the pictures. He insisted that the directors cover many scenes in shadows and imply the impending horror, like the attacks in Jacques Tourneur's Leopard Man (1943). But whether or not there was a monster or a physical evil, Lewton's movies all contained a somber ambience and a sense of doom lurking in the dark. 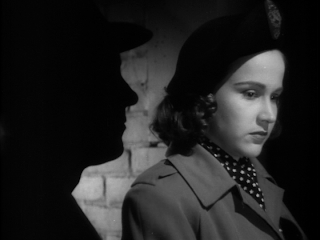 In The 7th Victim (1943), there is a feeling of dread throughout the movie. In the opening scene, Mary learns that her sister, her only living relative, is missing. Jacqueline's room represents the way in which she wants to live, as if she could control her life by knowing when and how she would die. She does not want to be unaware of her time of death, but would rather decide for herself. In a terrific sequence, Mary and the P.I. break into the building housing Jacqueline's company. A long hallway leads to a door (which is the only locked room in the building, according to August), and the hallway is hidden mostly in shadow. Without having a clear reason for being frightened, the two debate on who should be the one to continue down the dark corridor. Another great scene is when Mary is threatened while taking a shower. Predating Alfred Hitchcock's Psycho (1960), a silhouette of the character appears on the shower curtain as Mary is harshly told to stop looking for Jacqueline.

Mary does learn about what has happened to her sister, but it is best to watch the film knowing as little as possible. It is a movie which thrives on fear of the unknown, and Mark Robson handles the directing reins wonderfully. With Lewton as producer, he also directed The Ghost Ship (1943), Isle of the Dead (1945) and Bedlam (1946), the latter two starring Boris Karloff. Kim Hunter, in her film debut, gives a strong showing as Mary. Hunter would later earn an Academy Award as Best Supporting Actress for her role as Stella in A Streetcar Named Desire (1951).
Posted by Kimberly J.M. Wilson at 11:23 PM