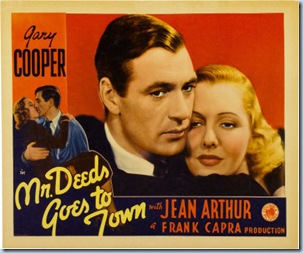 I know I am supposed to say Mr. Deeds Goes to Town (1936) is a screwball comedy, but I just can’t do it!  Yes, it has many funny moments in it and the main character is a tad screwy, but I can’t put it in the same category as Bringing Up Baby (1938), The Lady Eve (1941), or The Awful Truth (1937). Plus, being a Frank Capra directed film it has a bit of a dark underside to it—and I don’t mean dark humor. I would actually categorize it as a dramedy, as the first half of the film is mostly comedy and the second half mostly drama (with a few choice comical moments pixielated in).  Whatever you label it, Mr. Deeds is a film anchored by understated, good acting and a strong story about the value of honesty and goodness in a corrupt world.

A standard theme in Capra films, the idea of the simple everyman exposing the falseness of overindulged city slickers, is a crucial element in this film. Gary Cooper plays Longfellow Deeds, a country gentleman from Mandrake Falls, Vermont, who inherits $20 million from an overindulgent uncle from New York City.  Deeds is a poet who loves nature and plays the tuba, and is often mistaken for a country yokel because of his naiveté and plainspoken ways.  He looks like an easy mark to one of his 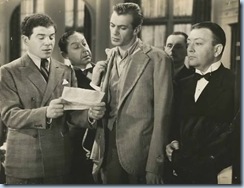 uncle’s shady lawyers, Mr. Cedar (Douglas Dumbrille), but Deeds knows (and says) that working for nothing isn’t natural and so he instantly doesn’t trust Cedar.  Transplanted to New York City, Deeds finds himself surrounded by many people he doesn’t trust—or worse, who think they are better than him because they are cosmopolitan.  His best friends turn out to be his valet, Walter (Raymond Walburn), and his fixer, Corny Cobb (Lionel Stander)—both of which happen to be working class stiffs.

An idealist in every sense, Deeds finds himself instantly attracted to a woman who faints outside his mansion one rainy night. Thinking he has rescued a damsel in distress, Deeds believes he has found his dream woman in stenographer Mary Dawson (Jean 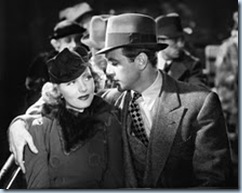 Arthur).  What he doesn’t know is Mary isn’t a stenographer, but a Pulitzer Prize winning reporter for The Morning Mail named Babe Bennett.  She labels him the Cinderella Man and opens him up to the ridicule of the entire city.  Eventually Babe falls in love with her “assignment” and starts to regret what she has done, but before she can come clean with Deeds the truth comes out.  At this point the film’s mood totally changes, and I don’t know that I agree with how abrupt the shift is.

If you have seen the film then you remember the gun-wielding, displaced farmer (John Wray), who convinces Deeds he should give away his $20 million to those who need it.  Up until this point there hasn’t been any meaningful reference to the Depression or the downtrodden (except for the fainting Mary). So, when 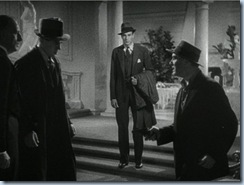 a man bursts into Deed’s mansion and aims a gun at him and goes off on a tirade about feeding doughnuts to horses and having lavish parties, it is completely jarring.  Yes, I know it was a plot device to move the story along to the whole insanity hearing part of the film, but I think some earlier ground-laying of this theme would have been useful.  If I have one nit-pick with the movie it is this…oh, and that hideous Robin Hood feather in her cap hat that Arthur wears in one scene—Samuel Lange, you had a short career for a reason!

Both Cooper and Arthur give understated performances in Mr. Deeds. Cooper (nominated for a Best Actor Oscar) always played the geez, smarter than you think country bumpkin well, and his Deeds is no exception.  His slack-jawed line delivery and easy-going physical 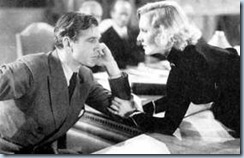 mannerisms play well for Deed’s personality.  Some might say that Cooper lacked acting range, but they would also have to admit that he owned his own style and it worked (none better than in his role as Clint Maroon in Saratoga Trunk [1945]). Arthur, for her part, is not, as she is often described, the “quintessential comedic leading lady.” She’s not that funny in this film because this isn’t a screwball comedy!  As a matter of fact, besides a few good one liners and a couple of comical sideway looks, her role mostly consists of her being depressed by her bad behavior or being anxious over the possibility of Deeds being institutionalized.  Am I the only one who notices this?  Still, I always like Arthur—she is just so likable, even when she’s playing a liar.

Overall, Mr. Deed Goes to Town is an enjoyable dramedy.  Nominated for a Best Picture Oscar, this is a typical Frank Capra Depression-Era vehicle. I don’t subscribe to the school of film critics who refer to this period of his work as Capra-corn. Instead, like many others, I believe people went to films like Mr. Deeds because they were inspirational and uplifting.  In the end, that is exactly what this movie turns out to be.
Posted by Kimberly J.M. Wilson at 2:12 PM