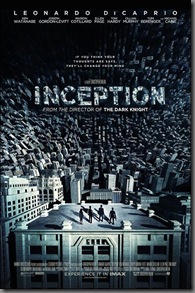 The first thing you need to know about this 2010 film from director Christopher Nolan is that it must be watched multiple times before it ever makes sense—and even then some things might be a bit sketchy.  The story itself is so unbelievable that when the characters attempt to make it sound plausible you get a headache. That said, it is an awesome spectacle of the power of special effects—and ones that are not heavily reliant on CGI.  Inception is primarily a visual experience, but it can also be seen as a psychological analysis of the architecture of the dreamscape.

Okay, so how does one explain this movie without sounding as though one should be carted off to an asylum?  Leonardo DiCaprio plays Don Cobb, the ringleader of a ragtag group who engage in corporate espionage by infiltrating people's dreams to extract 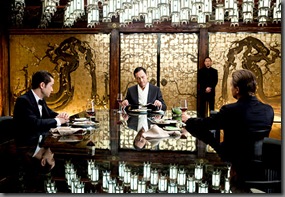 important information.  Ah, yes, here comes the man with the straightjacket now!  Cobb is a wanted man in the United States for murdering his wife (Marion Cotillard) and will do anything to have his name cleared so he can return to his two children.  After passing Japanese businessman Saito’s (Ken Watanabe) test, Cobb and his crew are asked by Saito to plant an idea into the mind of a business rival’s son—thus, the title of the film: inception. Okay, so that’s all I’m going to attempt to explain about the plot. To go on anymore would give me a headache and draw the attention of mental health authorities.  Instead, I would like to discuss what I did and didn’t like about the film.  Dislikes: Ellen Page and the endless explanations about dreams within dreams. Likes: Visuals and Marion Cotillard.

Am I the only one who wished Ellen Page’s character, Ariadne, would go into a deep dream and never wake up? I found myself begging her to stop asking, “What’s happening?” Her name was not  Rerun and, more 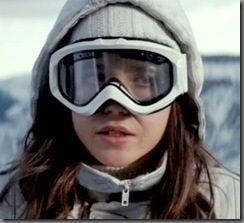 importantly, no one really knows the answer.  Page just didn’t fit into the overall landscape of the film. Besides the pudgy chemist played by Dileeep Rao, everyone in the film is action-movie fit.  I can somewhat see DiCaprio, Watanabe, Joseph Gordon-Levitt, and Tom Hardy shooting guns and engaging in hand-to-hand combat with a literal dream army—but short, non-athletic Page, really?  There’s one scene in the film where she has to run. Suffice to say, Nolan wasn’t aiming for a laugh here, but he got one.  I thought I was watching The Wizard of Oz for a second—”Does Fischer (Cillian Murphy) have Munchkins running around in his dreams?” I wondered. Plus, Ariadne is just annoying—who just invites themselves into someone else’s dream?  There’s a reason Evan Rachel Wood was Nolan’s first choice for the role!

The plot is crazy! Accept it and move on Chris Nolan—stop making your characters explain what is happening every five minutes. The more they explain, the more confused I become.  Is this the point?  When things are so utterly unbelievable you come to a point where you must embrace the insanity and hope the spectacular images can carry the film.

And, that is what carries the film—images. Cinematographer Wally Pfister and editor Lee Smith do a phenomenal job of creating a unique look for each dream level.  While the plot may be confounded, the viewer always knows which dream level they are looking at based 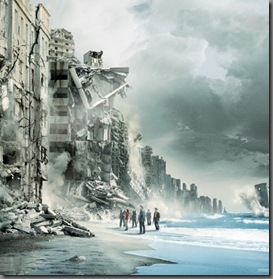 on the atmospheric design.  I know when I see the stark gray and white of the compound that I’m looking at the third level; and, when I see the warmer, almost vintage-esque design I am seeing the second level at the hotel. In addition, it is visually striking to watch both whole cityscapes being designed and destroyed in a split second.  Plus, there is nothing like watching the team escape the dreamscape by riding the kicks up the three levels of the dream. In those few moments you believe you understand what you just watched for the last 2+ hours—it’s an illusion, but at least some perspective seems to have been gained.

Finally, Marion Cotillard is chillingly thrilling as DiCaprio’s dead ex-wife Mal.  Locked up in DiCaprio’s subconscious, she only emerges in his dreams—as well as anyone else’s who happens to be sharing Cobb’s.  No better looking saboteur has ever graced the screen than Cotillard.  Nolan deliberately framed her as a femme fatale, even though she was an atypical one.  She could be ferociously vindictive one moment and then heartbreakingly vulnerable the next.  Mal is the most developed character in the entire movie and she’s dead—that doesn’t say much for the rest of the characters, 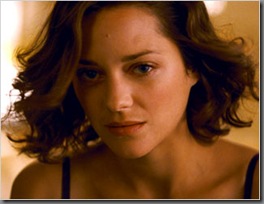 but still, she is the most memorable.  One very strange coincidence was Nolan’s choice to use Edith Piaf’s "Non, Je Ne Regrette Rien" as a plot device in a film where Cotillard’s character has many, many regrets—and of course, the fact that Cotillard won an Academy Award for playing Piaf in La Vie En Rose (2007) only adds to the strangeness. Although it may have been unintentional, it was still amusing to me and countless others.