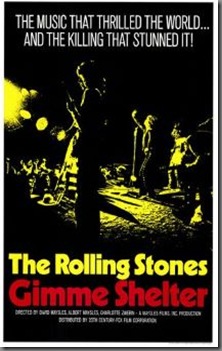 “Gimme Shelter” is my all-time favorite Rolling Stones’ song, so I had exceptionally high hopes for this 1970 Maysles Brothers’ documentary—I was sorely disappointed.  Now, I’m not saying Gimme Shelter is a bad film—because it’s not—but is it really one of the 1001 (1089 as of last count) movies I must see before I die?  I think not. 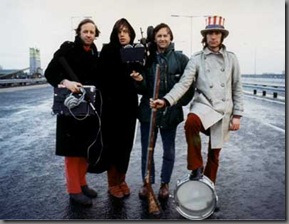 Direct Cinema was all the rage in documentary filmmaking at the time the Maysles made Gimme Shelter, and so that’s what they turned out here.  There are no interviews with the band or their fans.  What we get is a random series of events (mostly song performances heavily reliant on a gyrating Mick Jagger) captured of the Stones’ 1969 U.S. Tour.  The one thing that ties the entire film together is the murder of a black man by a member of the Hell’s Angels at the December 6 Altamont Speedway Free Concert in San Francisco.  And then…nothing. If you’re looking for answers to what the band thought of the incident then you’ve come to the wrong film, because you won’t get anything more than some uncomfortable looks on their faces as they watch foo 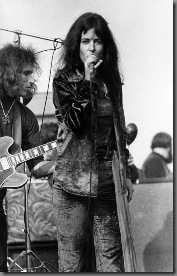 tage of the murder.  Somehow this just doesn’t seem right.

Ah, but the live performances are entertaining to watch, so I suppose that takes away a little of the sting of disappointment.  We get a little “Brown Sugar” and are asked to have “Sympathy for the Devil”, among other classic songs, but what the hell—they don’t perform “Gimme Shelter” live? I find this especially disturbing because Grace Slick and Jefferson Airplane were at the Altamont Concert and she could have performed the song with them.  Instead the Maysles decided they wanted to play this track over the closing credits, where we get to see a bunch of drugged-out zombies stumble around (and they weren’t even in the band!).  This definitely doesn’t seem kosher.

In her analysis of this film Karen Krizanovich writes that “Altamont was the Anti-Woodstock” and provided “negative closure to the 1960s.  It suggested that the counterculture was really a lot of drugged fools who thought murder was a ‘bummer’ and that the 60s dream was truly over.” I can see that.  When you juxtapose 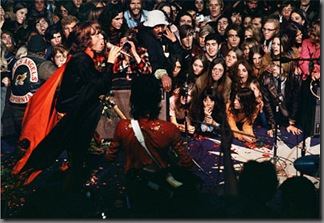 the two events (and the films that were made about them) you can definitely perceive a cultural dichotomy between them.  Everything seems peaceful and positive with Woodstock (1969), an event of brotherhood and community.  Whereas what happens at the Altamont is presented as violent and baseless.  In this one area I think the Maysles Brothers succeed—they show the true nature of the crowd mentality. Plus, was the 60s really so much about peace, love and understanding? Not really.

It is interesting to note that George Lucas was a cameraman at the Altamont, but none of his footage made it into the final cut.  It seems that during the concert his camera jammed—if only this would have happened to the cameras filming Indiana Jones and the Kingdom of the Crystal Skull (2008).