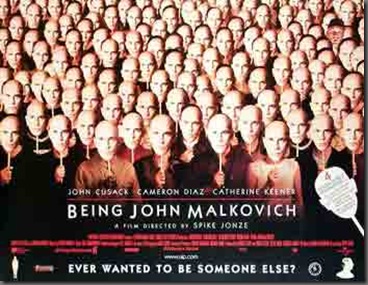 Screenwriter Charlie Kaufman was nominated for an Oscar for the ingenious script he penned for Being John Malkovich (1999). The only reason his imaginative and brilliant screenplay lost is because it was up against Alan Ball’s American Beauty (1999)—which was just a tad more brilliant. While I am not known for my unadorned adoration of “art” films, I do regard Being John Malkovich as one of the best films of the 1990s.  From the inspired and riveting opening scene until the wickedly bizarre ending, I was thoroughly engrossed in this unique film.

If you’ve not seen Being John Malkovich the story might seem too out-there, but Kaufman’s script works because director Spike Jonze adeptly h 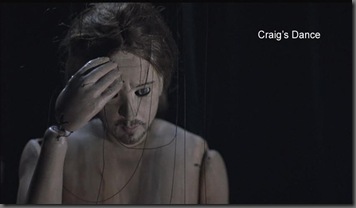 andles the complexity of the plot with a steady hand.   Like Kaufman, Jonze was rightly nominated for an Oscar, too—which creates an Academy Award conundrum for me. How can a film be nominated for Best Original Screenplay and Best Director but not for Best Picture? Ah, but I digress…

Now, without giving away too much for those who’ve never seen this, I will attempt to give a cogent plot overview. Craig Schwartz ( John Cusack) is a depressed and underworked puppeteer who takes a job as a filing clerk at Lester Corp to supplement his wife Lotte’s (Cameron Diaz) pet menagerie (which includes an adorable chimp named Elijah). Lester Corp is on the 7 1/2 floor of the Mertin Flemmer Building in NYC—which has ceilings so low that just about everyone has 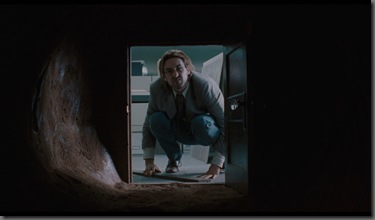 to duck their head to maneuver.  Craig instantly becomes obsessed with an aloof and unethical woman named Maxine (Catherine Keener, who was nominated for a Best Supporting Actress Oscar). After Craig discovers a secret passageway that is used as a metaphysical portal into the mind of John Malkovich, Maxine suggests they should charge other people $200 for the surreal (but real) experience of being Malkovich for 15 minutes.  Not long after this, one of the most twisted love triangles in the history of film develops as Lotte and Maxine act out their mutual sexual attraction through Maxine engaging in sex with Malkovich.  This enrages Craig, so he takes over Malkovich’s being and controls him as th 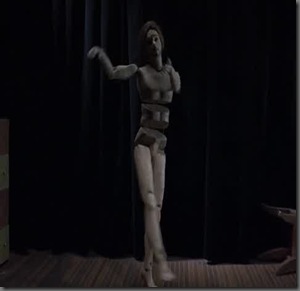 ough he were a puppet. That’s all I can say without giving away too much. Yes, it sounds completely unbelievable and outrageous, but it works.

So, why do I admire such an outrageous movie? Simple: it’s a wicked dark comedy based on a uniquely smart concept.  Of course, Jonze had my undivided attention from the moment Being John Malkovich began with a riveting puppet show—that’s right, a one-man puppet show that was so viscerally raw that I sometimes just watch it for pleasure (as I also do with the tango scene from Baz Luhrmann’s Moulin Rouge). From there it just gets stranger with the miniature stage of the 7 1/2 floor and then the voyeuristic portal leading to Malkovich’s mind. There are many standout scenes, but two are, at least for me, wildly memorable. 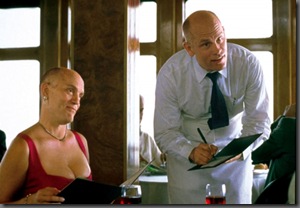 The first scene is when Malkovich enters his own portal and finds himself trapped in a crowded restaurant where everyone is John Malkovich—men, women, and children alike.  As actors are known for their narcissism, this scene is laced with underlying meanings as well as a postmodern interpretation of self. When faced with his inner desire to be able to become anyone and anything as an actor he encounters the uncomfortable realization that such a desire leads to madness. Suffice to say, Nietzsche and Sartre would have had a field day with this movie.

Some might find my admiration for the second scene silly, but I don’t care. Throughout the film Lotte keeps referring to taking Elijah (her chimp) to psych 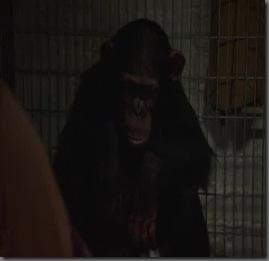 otherapy because of a childhood trauma.  This alone is funny but seems like a meaningless story element until Craig ties Lotte up and locks her in a cage with Elijah.  As Lotte struggles against the ropes Elijah has a flashback to when his parents were tied up and he couldn’t get the ropes untied before the whole family was captured by hunters.  It sounds stupid, but when Elijah frees Lotte it really affects me.

All of the principal performers do splendid jobs with their respective parts. While Cusack deserves some recognition for how well he plays Craig’s descent into madness, it was not much of stretch from the other disaffected young men he’d played before (and after). In complete contrast is Diaz—who is almost unrecognizable as the dowdy, repressed Lotte.  Still, the standouts are 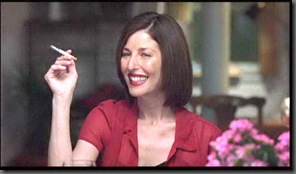 Malkovich and Keener.  It is never easy to play yourself, let alone portray yourself in such a complex way. Not only does Malkovich have to be himself but he also has to transform himself into Craig’s personhood when his conscious mind is taken hostage by Craig.  And, Keener is scathingly delightful as Maxine. Physically, vocally, and internally she displays who Maxine is to the audience.  While her character is obviously morally bankrupt, Keener also makes Maxine likable—which in a lesser actress’ hands would have never happened.

So, why didn’t I give Being John Malkovich  four stars if I liked it so much?  It’s a small thing, but the section of the film when Malkovich becomes a renowned puppeteer is too drawn out. While I find it hilarious that people would pay to see a performance of Swan Lake where the Prince is played by a puppet, it just seemed as though things had just gone too far at this point. Yet, while this less than desirable element slightly tarnished Being John Malkovich for me, I am still a huge admirer.