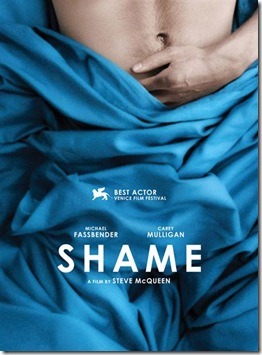 Director Steve McQueen’s Shame (2011) is a taut drama about sex addiction. It rightly earned an NC-17 rating in the U.S. There is an abundance of full frontal nudity and a few pretty explicit sex scenes.  It won several film festival and critic’s awards but didn’t earn one Academy Award nomination.  Personally, I am conflicted about the film as a whole.  It goes without saying that both Michael Fassbender and Carey Mulligan give riveting performances, but something just didn’t click for me.  I expect this has a lot to do with my inability to connect with the characters and my complete distaste of weak people. 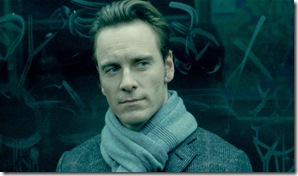 Psychological issues obviously run in the family because Brandon’s sister, Sissy (Mulligan), is just as screwed up as he is.  I wonder what their parents were like?  A serial suicide attempter and a straight-up slut, Sissy is a depressed lounge singer. 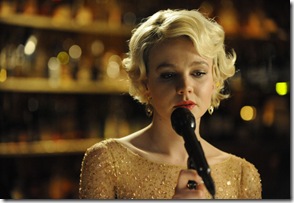 You need only watch her raw, emotional rendition of “New York, New York” to know something just isn’t right with her.  Plus, she and Brandon have some strange, almost incestuous relationship that is extremely volatile.  While it is never said whether something sexual has ever transpired between them, it is somehow implied—McQueen leaves it up to the viewer to decide.

While I was annoyed by the slow pacing of Shame, 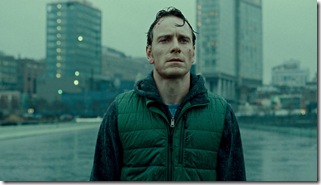 what really kept me from loving it was that I couldn’t connect with either Brandon or Sissy.  They are such weak, needy people, that I couldn’t really feel any sympathy for either one of them.  I’m sure this says something about me as well, but I despise people and film characters who are weak-willed.  To me, it’s a form of self-absorption to allow oneself to be completely engulfed in anything that does harm to oneself.  I can find neither sympathy or empathy for Brandon and Sissy, and that takes a lot of the shine off Shame for me.