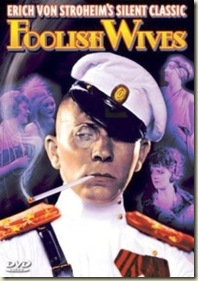 In what is considered his masterpiece, Eric von Stroheim directs himself and a whole cast of oddballs in this 1923 classic silent. Grifter/gigolo “Count” Karamzin (von Stroheim) trolls through Monte Carlo with his card-cheating cousins on the lookout for, you guessed it, foolish wives. Since there never has been a shortage of these, he soon finds himself seducing an American diplomat’s wife, who, like many Americans, is easily charmed by the idea of nobility (see The Princess Diaries series making over $200 million). 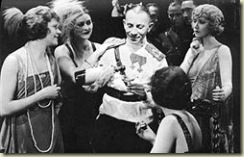 Compromising situations abound and duels are proposed, and in the end Karamzin ends up in the appropriate place, dead in a sewage drain.

The film is funny (I don’t know if this is what von Stroheim had in mind) and entertaining. The technical elements of the film are superb and the photography is marvelous. I can't say that von Stroheim was the most believable cad, but the film is still enjoyable to watch.