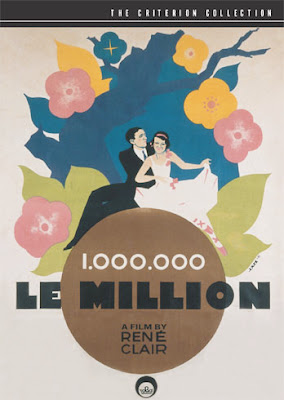 Even though this is a French musical comedy it feels very American in one way: somehow people who can’t pay their bills still find enough money to buy lottery tickets.

This 1931 Rene Clair film stars Rene Lefevre as Michel, a Parisian painter who can’t find enough francs to pay his creditors. Engaged to the pure Beatrice (Annabella), who lives across the hall, Michel finds himself lusting after Wanda, a woman whose portrait he’s painting. After Beatrice catches artist and model in a clinch the green-eyed monster takes hold. When a gangster hides in the apartment building to avoid the police Beatrice gives him Michel’s jacket, which she was supposed to hem, out of spite. Meanwhile, Michel and his friend Prosper learn they have won a million dollar lottery. Unfortunately the ticket was in Michel’s now gone jacket pocket. When they catch up to the gangster he’s pawned the jacket to the opera tenor Sopranelli (interesting name choice), who wants to use it for his last performance—he’s leaving f 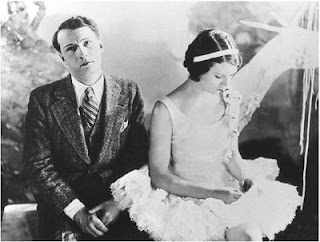 or America after the show! This sets the two men, and all of their creditors, off on the typical French caper/chase toward the opera house. What should be a dignified setting turns into a rugby scrum. Clair uses crowd cheers and whistles to emphasize the absurd situation that takes place backstage while the opera is going on. Of course, the film has a happy ending—you see this in the stunning opening sequence on the rooftops of Paris.

This is a delightful film. Clair cleverly has the characters sing most of their dialogue and uses ambient sound to fill in the gaps. The songs are corny, but cute and romantic. The chase scenes are quick-witted and outright funny. The sets for the film, designed by Lazare Meerson, are fantastic. Miniatures, matte paintings, and a surrealistic visual style are used.

Overall, I would rate this as a French classic. The visuals are stunning and the story is heartwarmingly captivating.