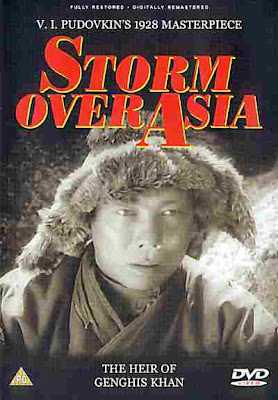 George Clooney, Richard Gere, Paul Newman—all silver foxes that I would gladly use for warmth. Granted, Newman would have to be resurrected to the Hud years, but you get the point. So, what do grey foxes have to do with this 1928 Vsevolod Pudovkin silent film? Read on…

Valeri Inkizhinov plays a rural Mongolian trapper and descendant of Genghis Khan who becomes a pawn of British Imperialism. After his father falls ill, Inkizhinov is given a talisman by his mother for protection on his trip to the western fur market. Here he is offered a meager amount for a very valuable silver fox, which causes Inkizhinov to lose his temper and get into a fight with a merchant. This causes Inkizhinov to have to flee to the mountains and join other partisans. 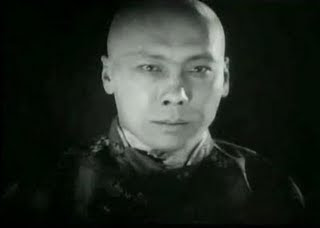 er recognizing the word Moscow. Just as he’s about to be shot, someone reads the characters on his talisman and declares Inkizhinov a descendant of Genghis Khan. The British decide to use this to their advantage and make Inkizhinov a puppet ruler. BIG MISTAKE. Inkizhinov uses his power to unify the local chiefs and forms a revolutionary army and rids Mongolia of British occupation.

Perhaps you are not that familiar with Pudovkin—his contemporaries, Eisenstein and Vertov, are better known—but he made a number of visually stunning films, like The End of St. Petersburg. Like all Soviet directors, he focuses on revolutionary elements in this film. Imperialistic and capitalistic exploitation are constantly under attack here.

This was the first film made in Mongolia. The way Pudovkin filmed the steppe scenes is impressive. This is very rugged terrain and it shows in the cinematography. The film almost looks like a documentary. The closing battle scene, where the cavalry fans out to fill the entire horizon, is quite remarkable.

The story is captivating. Who doesn’t root for the underdog? This combined with the spectacular images captured by cinematographer Anatoll Golovnya makes this a very watchable film.