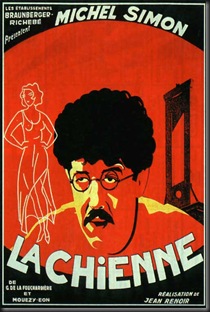 This controversial 1931 French drama was director Jean Renoir’s first sound film. Filmed primarily on location in Renoir’s hometown of Montmartre, this film finally brought Renoir the recognition he was denied as a silent film director. Stark and unrelenting (and, oh, so French), this film showcases both Renoir’s visual and spatial acuity, as well as his ability to avoid oversentimentality while unflinchingly staring at human baseness. This film was the beginning of the style that is most associated with Renoir: poetic realism. 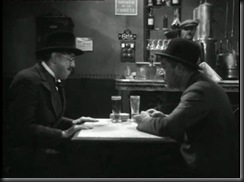 Legendary French actor Michel Simon (in his first starring role) plays a henpecked bank clerk named Legrand who falls in love with Lulu (Janie Mareze) after rescuing her from a man beating her on the street. What Lulu neglects to tell Legrand is that she’s a prostitute and that the man who was beating her, Dede (Georges Flamant), is her boyfriend/pimp. Married to a complete harpy (Magdeleine Berubet) who controls their finances and won’t allow him to paint in the house, Legrand finds comfort in Lulu’s “innocence” and sweet nature. He sets her up in an apartment that he finances by stealing from both his wife and his work. When this money doesn’t suffice, Dede begins selling Legrand’s paintings under the name Clara Wood to finance his own café and gambling habits. Unaware that the sales of his artwork are financing Lulu’s pimp, Legrand is not angry when he learns that she’s selling his paintings. It is not until Legrand disentangles himself from his wife and shows up unexpectedly to tell Lulu that he’s going to be all hers that he discovers her deceit. In the end, Lulu meets with a tragic end and Dede gets his comeuppance at the hands of an executioner.

Based on a novel by Fouchardiere, this film was banned in the United States for forty years due to its sexual theme, crude language, and unpunished crime. After watching the scene where Lulu’s true nature is revealed to Legrand, I can see why some people were shocked by the film’s content. As Legrand is proclaiming his love for her and forgiving her indiscretions, 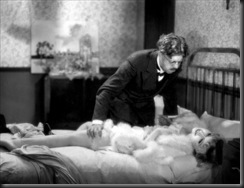 Lulu sadistically belittles and laughs at him. This sets up the moment where you figure out why the film’s title is La Chienne. Having had enough of her deceit, it declares: “You’re no woman—you’re a bitch!” And, then some unpleasant things happen with a letter opener. It was 1931, so you have to admit that’s pretty daring. While this film wasn’t shown in the United States until 1975, American audiences did get to see a remake of it, Scarlet Street (1945). Directed by Fritz Lang and starring Edward G. Robinson and Joan Bennett, this film was a MUCH more toned down version.

Overall, the story is interesting to watch. Michel Simon does a nice job of playing an unhappy man who comes to life after falling for a much younger woman and then mentally cracks after he realizes it was all an illusion of happiness. Not my favorite Renoir film, but it serves as good example of how his style developed and allowed him to go on to make masterpieces like Grand Illusion and The Rules of the Game.