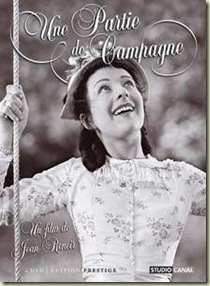 Well, maybe not an entire day—more like 40 minutes—but time, like age, is a matter of attitude anyway.

This 1936 French short film was directed by Jean Renoir about a year before his The Rules of the Game made him a top tier director. This was supposed to be a full-length film, but Renoir encountered some sort of mental block that led him to leave the film unfinished for ten years. In 1946, he turned the surviving footage into a short film. Full-length or short, as per usual, Renoir employs poetic realism to tell a simple but poignant tale (based on a Guy de Maupassant story) about illicit love and lust.

Again picking on the bourgeoisie, Renoir 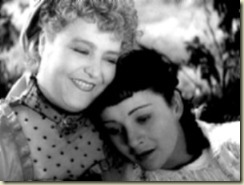 has a Parisian industrialist (Andre Gabriello) take his family to the country for a Sunday afternoon of mingling with provincial types and communing with nature. Evidently this happens a lot, because two male adventurers, Rodolphe (Jacques Borel) and Henri (Georges D’Arnoux) eagerly await the acquaintance of the industrialist’s daughter Henriette (Sylvia Bataille) and his wife Juliette (Jeanne Marken). What transpires is an interesting study of age and class. 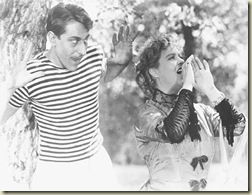 On the one hand, you have Juliette and Rodolphe. He is witty and outright blatant about his intentions, while she is keenly aware of the situation and quite happy to be the object of his affection for this one afternoon. To her, it is a nice day in the country with a man who is the total opposite of her husband. Plus, she can have her lustful afternoon adventure and return to her Parisian lifestyle without any regret. On the opposite hand, you have Henriette and Henri.  She is betrothed to the idiotic Anatole (Paul Temps), but has a romantic streak that leads her into the arms of a poor man. While Juliette and Rodolphe are quite content with their fun ending at the end of the day, Henriette and Henri have the soul-crushing knowledge that what could have been a deep, abiding love for the rest of their lives must come to an end with the setting sun. 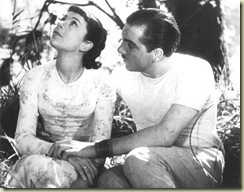 about the ending. Adrian Martin writes, “So what started, in Henriette’s words, as ‘a sort of vague desire’ that calls forth both the beauty and harshness of nature, ends badly, as the ‘years pass, with Sundays as melancholy as Monday.’” While it is a short film, it conveys a powerful message about class expectations and the stupidity of youth. Renoir knowingly uses a beautiful setting to tell us a very a harsh-ending story.

Just 40 minutes long, and usually found on YouTube, A Day in the Country (Une Partie de Campagne) is a good introduction of Renoir’s style and manner of storytelling.
Posted by Kimberly J.M. Wilson at 5:08 PM