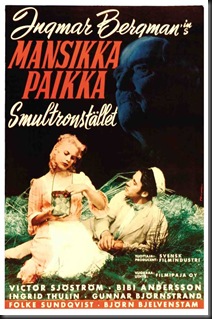 (This article is from guest contributor Sarkoffagus and first appeared at The Classic Film & TV Cafe.  The rating in the title is my own.)

Professor Isak Borg (Victor Sjöström), an aging physician and widower, is to receive an honorary degree from his alma mater, Lund University. After having a disconcerting dream of a lonely street, a clock with no hands, and a horse-drawn carriage (transporting a coffin with the professor’s lifeless body inside), Isak leaves for the ceremony earlier than planned, much to the dismay of his sassy but nimble housekeeper, Miss Agda (Jullan Kindahl). Traveling by car, Isak begins his journey with his daughter-in-law, Marianne (Ingrid Thulin), stopping at the summer home from his childhood and encountering a trio of youngsters, including a girl who reminds him of his first love (both named Sara and both played by Bibi Andersson). Plagued by more dreams, Isak’s trip becomes a catharsis, as he must comes to terms with his apathy towards others, his estranged son, and his despondent marriage. 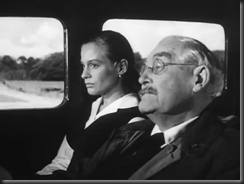 Swedish filmmaker Ingmar Bergman was known for his somber movies, such as The Virgin Spring (1960), Hour of the Wolf (1968), and Cries and Whispers (1973), many of them wrought with misery and tortured characters. Considering this, the director’s 1957 Wild Strawberries (original title: Smultronstället) is refreshingly optimistic. Isak’s dreams are unmistakable representations of his fears: loneliness, his impending death, and his days of elation to forever remain distant memories. Once on the road, Marianne ruthlessly informs the professor that his son hates him, reminding Isak of the cold manner in which he allowed his daughter-in-law to stay with him (insinuating that problems between the couple were not his concern) and a loan that his son is slowly paying back (Marianne believing that the wealthy professor does not need the money). Isak is also forced to remember that his deceased wife, Karin, was an unhappy woman, which she blames on the man’s detachment and passivity. 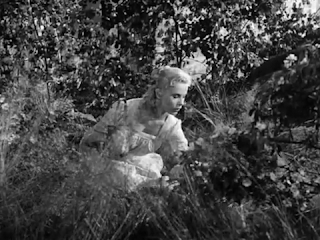 Notwithstanding the dismal dreams and recollections of a rueful life, Bergman’s film is encouraging, for the simple fact that Isak is acknowledging that his uncaring behavior is a character flaw. Furthermore, he is experiencing an emotion he has likely never previously felt: guilt. Perhaps for the first time, Isak is seeing how his dispassion has affected the people in his life. When Isak and Marianne visit his mother, the professor sees the coldness in his mother that he has shown to his wife, his son and his daughter-in-law. The elderly lady rummages through a box filled with items of the past, her memories nothing more than keepsakes. It’s a sad scene, but one in which Isak recognizes that he does not want souvenirs of his youth but rather the happiness associated with it. More importantly, he does not wish upon his son memories of sorrow and pain.

There are a number of uplifting moments in Wild Strawberries. The young Sara is not simply an expression of Isak’s carefree childhood, but, with her genuine enthusiasm over seeing the professor awarded his honorary degree, she likewise represents happiness that remains within reach. In one sequence, the group stops at a gas station, where the attendant (Max von Sydow) fondly recalls Isak, who once had an office nearby. The man so admires the professor that he refuses payment, and as he praises the man’s kindness to his wife, the typically doleful Marianne flashes a bright, honest smile.

Wild Strawberries was awarded the Golden Bear at the Berlin International Film Festival, won for Best Film and Best Actor at the Mar del Plata Film Festival, and won a Best Foreign Film Golden Globe (Samuel Goldwyn International Award), along with four other films that year. It was also nominated for an Academy Award for Best Original Screenplay. 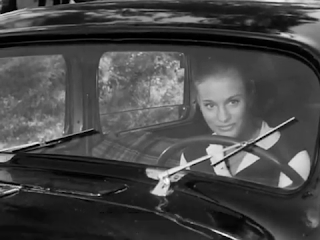 Thulin, Andersson and von Sydow were frequent collaborators with Bergman, appearing in a number of the Swedish director’s movies. Sjöström was a prominent film director in Sweden during the silent film era and directed a number of U.S. films (under the Americanized name of Victor Seastrom). He only made a few talkies before focusing his efforts as artistic director of the production company, Svensk Filmindustri, in the 1940s and acting in theatrical productions. This was the final film for Sjöström as either actor or director. He died a little more than two years later in 1960.


Although not an official remake, Woody Allen’s film, Another Woman (1988), borrows several thematic elements from Wild Strawberries and is generally considered an homage to Bergman’s movie. Similarly, the very basic plot to Allen’s film, Deconstructing Harry (1997), resembles both Wild Strawberries and another Bergman film, Through a Glass Darkly (1961). This is typical of Allen’s movies, as he often makes what can be considered his version of an European film, including yet another Bergman movie, 1955’s Smiles of a Summer Night (Allen’s 1982 A Midsummer Night’s Sex Comedy), as well as films from Italian director Federico Fellini (e.g., Allen’s 1980 Stardust Memories being his take on Fellini’s 1963 8½). 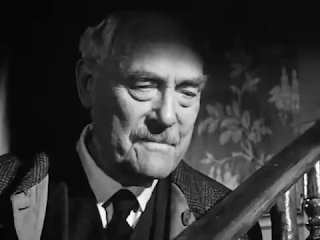 It is abundantly clear by the film’s end that Isak wishes to make a change in his life and hopes that it will spark changes in other people’s lives as well. The interaction between Isak and Miss Agda is pleasantly droll, but the most rewarding relationship in the film is the one between the professor and his daughter-in-law. They are the two characters who develop the most throughout the film, both stubborn people who gradually find contentment, shared and personal alike. The title refers to the wild strawberries growing in a field near Isak’s childhood home, but it is not merely a hint of childhood and nostalgia. The strawberries are wild because they are free, unburdened by regret and not restrained by old-world ways and traditions or fearing what is to come. They find their peace in simple existence.
Posted by Kimberly J.M. Wilson at 12:28 AM