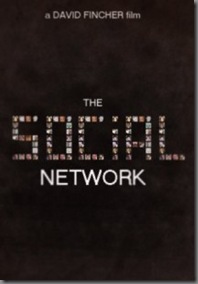 Rarely does a megalomaniac get their comeuppance at such an early age as does Mark Zuckerberg (Jesse Eisenberg) in The Social Network (2010). Adapted from Ben Mezrich’s book The Accidental Billionaires, the film focuses on how Facebook was created and the lawsuits that followed.  It is a lacerating and ironic examination of the world in which we live today—Zuckerberg just serves as the unlikable whipping boy of an entire generation. 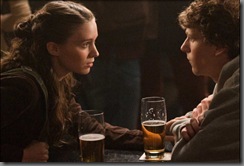 girlfriend is a bitch and that she has small breasts.  It is the place where you can rate your fellow students and co-workers as “hot” or “not hot”.  It allows you to say whatever you want about someone without having to say it to their face.  It helps you make “friends” that you could never make in person. Quite simply, you could have the social skills of a paper bag and the personality of a megalomaniac and still found a billion dollar website about connecting with people.  Could anything be more ironic than this?

Yet, there is another, often overlooked, theme in this movie that screenwriter Aaron Sorkin focuses on: intellectual property theft. While Sorkin doesn’t delve into this as fully as he might have, it is still there.  While the whole debate about how much Zuckerberg appropriated from the Winklevoss twins (Armie Hammer) and Divya Narendra (Max Minghella) is examined in both Mezrich’s book and Sorkin’s screenplay, I believe there is an underlying critique of what the Internet has done to the 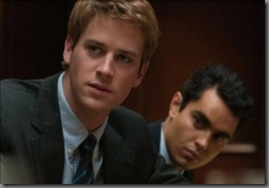 integrity of intellectual property.  In cases like that of the Winklevoss twins you might have the original idea for something, but then someone can come along polish it up and then pass it off as their own and have no qualms about doing so because they believe they made it better.  It is sort of like this blog (and countless others) about the 1001 book.  Steven Jay Schneider and his fellow editors came up with the original idea, but other people have piggybacked off of it. Are we a society that lacks originality, or have we become a world comprised of adapters—as Sorkin himself is, by adapting a screenplay (an Oscar winning one by the way) from Mezrich’s book?  I often ponder this question—perhaps you should, too. 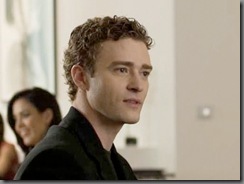 The reason I like The Social Network so much is because I think it is a brutal analysis of  what the Internet Age has done to society.  Still, a film like this would be nothing without a superb cast and production team.  While I think Eisenberg does a tremendous job of not turning Zuckerberg into a caricature, I found both Justin Timberlake and Andrew Garfield’s performances to be more compelling.  Timberlake plays Sean Parker with just the right amount of smarminess and manic-ness (the OED hasn’t made this a word yet, but they should).  I hated his character (I think that’s what Sorkin was going for), but loved how Timberlake made be loathe him.

Garfield’s Eduardo is the most sympathetic character in the entire picture—of course, this could have had something to do with his serving as an adviser on Mezrich’s book.  Still, I thought Garfield played Eduardo as a young man caught in a bad 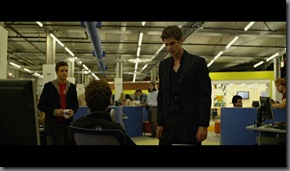 situation quite well. He plays an often confounded grown-up in a quiet, somewhat restricted way, while Eisenberg gets free reign to turn Zuckerberg into one of the biggest asses ever. Garfield is often unjustly overlooked, but without him the film would have lost its moral compass.  I suppose the fact that my favorite scene in the entire movie is when Eduardo tells Zuckerberg and Parker that he won’t be pushed out willingly might make me biased towards him.  When he says to Zuckerberg: “You better lawyer up asshole, because I'm not coming back for 30%, I'm coming back for everything!” I felt that righteous indignation nudge that makes me identify with someone who has been wronged.  Plus, I absolutely loved how he made Sean Parker cower in fear when he 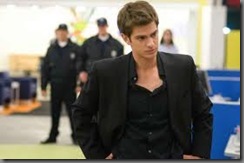 pretended like he was going to hit him.  The best line in the entire film is when he says, “I like standing next to you, Sean. It makes me look so tough.” What a way to be thrown out of your own company!

Overall, The Social Network is a film that expertly represents the time period in which it was made.  It says something rather profound about the Internet Age and about the social network that has evolved from it.