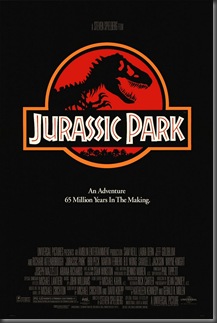 I’m one of those people who as a child could have cared less about dinosaurs. I never had a desire to learn all of the dinosaur names or go to museums and look at their skeletal remains. When I visited the Field Museum in Chicago I was more interested in looking at the Aztec, Inca and Maya collections that anything else.  As such, it should come as no surprise that I just wasn’t that into director Steven 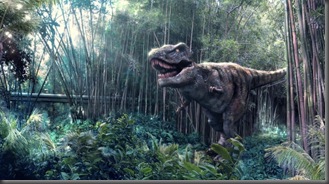 Spielberg’s Jurassic Park (1993). Yes, there are a lot of stunning visuals (CGI can work miracles), and it is somewhat interesting to see what dinosaurs might have looked like, but that’s really all I can say for this horror/disaster film.

Michael Crichton was paid $500,000 to adapt his best-selling novel, Jurassic Park, for this Spielberg and Universal Pictures enterprise.  Crichton was aided in this endeavor by fellow screenwriter David Koepp, who cut out large segments of violence from the novel and simplified the final screenplay. Still, the movie justly garnered a PG-13 rating—there was more than enough violence and terror for me, let alone the minds of young children, whose parents still took them to see this $900 million world-wide grossing adventure.  Oh, and bought them the t-shirts, lunch boxes, and other merchandise that made this one of the most profitable franchises ever—two sequels and a river adventure at Universal Resort created what seems like an endless revenue stream. 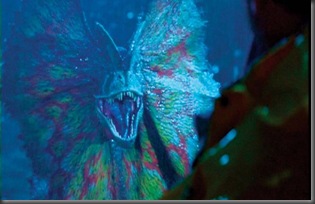 If you think about it it is more than bizarre that there is Jurassic Park River Adventure at Universal Resort.  The film is about a dinosaur theme park (Jurassic Park) situated somewhere near Costa Rica that has some liability and security issues—namely man-eating dinosaurs.  Why would anyone who has seen humans terrorized by giant reptiles want to go on a vacation to a resort that mimics many aspects of the film?  Granted, the dinosaurs aren’t real, but this doesn’t negate the fact that Jurassic Park was most assuredly not the happiest place on earth.

Seeing the life-size dinosaurs and the lush rainforest were both highlights.  Spielberg has a unique talent for creating stunning visuals for his adventure movies.  He and cinematographer Dean Cundey produced lasting images with the help of the special effects of Stan Winston, Phil Tippett, Michael Lantieri, and Dennis 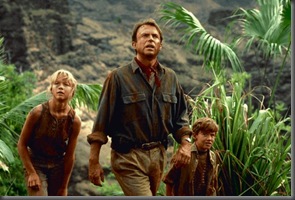 Muren.  Enhanced by a memorable musical score by John Williams, Jurassic Park’s visuals are truly a sight to see.

Ah, but stunning visuals does not make me love a movie.  The story itself is utterly ridiculous.  Could a man (Sam Neill) really safely navigate through lush terrain infested with carnivorous dinosaurs?  But wait, he has to drag along two kids (Ariana Richards and Joseph Mazzello), too?

When you have a lot of screaming and running something usually happens to the quality of acting—this film is no exception.  Laura Dern relies on a variety of facial expressions for 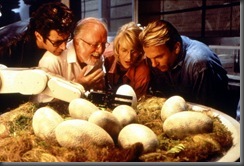 emotive purposes, and Neill just looks pissed off in most scenes.  Richard Attenborough, who plays the eccentric owner of the park, fully delves into his character’s quirkiness.  Quite simply, this movie does not rely on the performances of the humans to push it along—that honor rests solely with the CGI created dinosaurs.

Final analysis: extraordinary visuals; ridiculous plot; and, lackluster cast.  One out of three isn’t necessarily bad, but it is definitely not good, either.