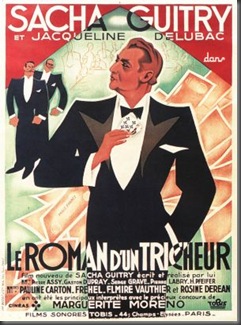 Never heard of this film or its director, writer, and star, Sacha Guitry?  If you answered yes, you are probably not alone.  Guitry was a prolific French playwright who liked to make cynical films (he directed 33). So, how did such a busy director fall into obscurity?  He fell in with the wrong crowd—notably, he collaborated with the Nazis during WWII.  Guitry has only recently be reintroduced to the cinematic world due to a 4-film DVD collection issued by the Criterion Collection.  Having seen the four films, I can honestly say that Le Roman d’un Tricheur (1936) was my least favorite of the group. 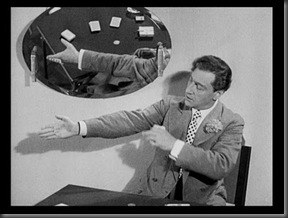 Guitry plays the Cheat (we never learn his name) and narrates 99% of the film. That’s right, this is in almost every way a silent film.  His voiceover replaces the title cards, and, save the last two minutes of the film, no character speaks a word.  The only other sound you hear is Adolphe Borchard’s music (good thing he was introduced in the odd intro to the movie!). Okay, by 1936 the only other person I recall making silents was Chaplin—and let me tell you, Guitry is most assuredly no Chaplin.  At first, you expect the narration to soon come to an end, then as time continues and so does the narration you try to remember when they started making talkies in France—1929? 1930? Then, by the time you remember, Guitry decides to end his picture by allowing spoken dialogue for the last few minutes—what was the point, then?  It seems gimmicky—and I don’t like gimmicks. 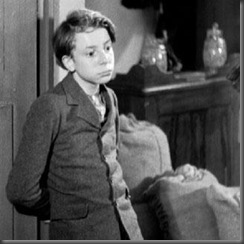 Le Roman d’un Tricheur’s screenplay was adapted from Guitry’s novel Les Mémoires d'un Tricheur. The story itself is somewhat interesting: a boy is saved from eating poisonous mushrooms due to having stolen money from his father and being deprived of that night’s dinner.  While in his heart he wants to be an honest man, the Cheat always seems to find himself involved with people (mostly women) who want to lure him into various acts of theft. His reflections on Monte Carlo and Monaco are hilarious, and there is an abundance of irony throughout.

Still, the humor of the Le Roman d’un Tricheur is not enough for me to overlook just how drawn-out the film seems (and it was only 81 minutes!). Perhaps it’s the idea of being directly spoken to for 79 minutes that makes it seem so long and, at times, boring.  In France, Guitry was viewed as an ego-maniac…maybe that had something to do with his choice to be the only voice heard throughout most of the film.

Overall, I was not impressed with Le Roman d’un Tricheur.  Now, if you want to see a good Guitry movie, I suggest Désiré, which is far more entertaining.