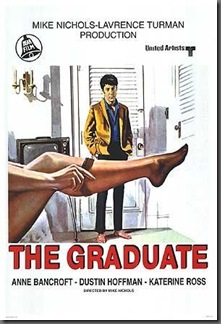 And here’s to you, Mrs. Bancroft…I love you more than you will know. Only you could make me give director Mike Nichols’ The Graduate (1967) three out of four stars.  Had it not been for your phenomenal performance as Mrs. Robinson I am quite certain that I, and 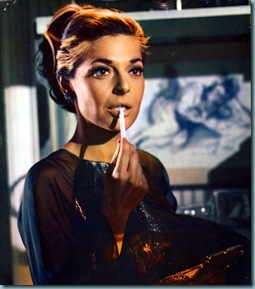 countless others, would have been much less enthralled with this satirical look at 1960s suburbia.  I expect that had you played a more dominant role in the second-half of the movie it would have garnered four stars instead of three.  Yet, for some reason screenwriters Calder Willingham and Buck Henry gave you short shrift after you absolutely dominated the first hour of the film.

Yes, the story is about Benjamin Braddock's (Dustin Hoffman) disillusionment with life following a very successful time at college. He stares into fish tanks as though he were drowning in suburbia and materialism. He listens as older men (Walter Brooke) extoll the virtues of plastic.  Yet, it is your Mrs. Robinson that breathes life into Benjamin and the movie. Had it not been for your sexy, cynical, and ferocious turn as one of the most iconic film personalities ever, The Graduate may have been nothing more than an exercise in post-war American male self-loathing.

It took guts to play a 45-year-old woman when you were only 35 yourself.  Perhaps that’s why Mrs. Robinson always looks so decisively confident.  It is probably also why the audience believes that you are really seducing a man half your age when in fact Hoffman was only a mere six years younger than you. My goodness 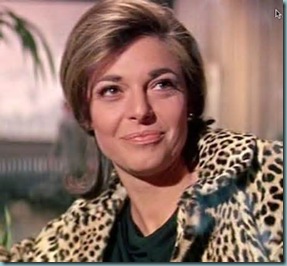 , Mrs. Bancroft, you sure did know how to rock the costumes Patricia Zipprodt put you in.  Nichols viewed your character as a jungle cat stalking her prey. Not everyone can wear animal prints, but tiger stripes looked great on you.  Oh, and those furs—especially that Somalian leopardskin wrap—just accentuated your femininity and brimming sexuality.

Mrs. Bancroft, I must tell you how bitterly disappointed I was when the film turned away from your character and focused on Benjamin and that beyond-boring Katharine Ross, who played your daughter Elaine. When your complex and compelling character gets pushed out of the picture so Nichols can focus on what I view as Benjamin’s complete break with reality (he and Elaine were obviously riding that bus at the end of the film to an asylum) I get bored…so bored. I find myself asking, “When will she come back and rescue me from this idiotic exercise in youthful insanity?” When will I hear another perfectly delivered exchange like this:

Mrs. Robinson: Isn't there something you want to tell me?

Benjamin: Well, I want you to know how much I appreciate this. Really.

Mrs. Robinson: The room number, Benjamin. I think you ought to tell me that. 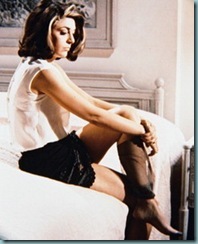 Now I know, Mrs., Bancroft, that you felt as though The Graduate defined the rest of your career. You had a habit of reminding people that you’d given other great performances in your career, but sometimes one role is just so spectacular that it must be owned forever. You do know you were the original “cougar”, right? And, that you forever destroyed the image of motherhood. The June Cleaver’s and Donna Reed’s of the world were completely scandalized and revolutionized by you revealing the truth that even married mothers of a certain age have sex drives. And, who can hear Simon and Garfunkel’s “Mrs. Robinson” and not immediately think of you putting on silk stockings or calmly asking Benjamin if he’s armed as you call the police to report a burglar. Quite simply, Mrs. Bancroft, if it hadn’t been for you The Graduate would not be considered one of the most iconic films of the 1960s.  Yes, you lost the Best Actress Oscar to Katharine Hepburn for her role in Guess Who’s Coming to Dinner (1967), but think about it: who really remembers that film much anymore?  Ah, but people will always remember you, Mrs. Bancroft, in The Graduate.