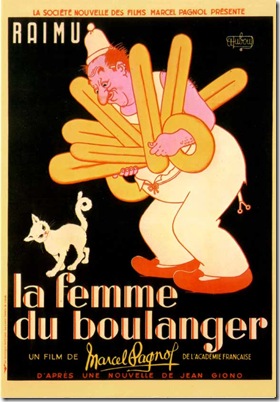 The French always display such superiority when it comes to making humanistic comedies about philandering spouses in small, provincial towns.  I think it’s a cultural thing, as many Americans are off-put by how blasé the French are when it comes to adultery.  A French woman I know explained this to me quite simply: 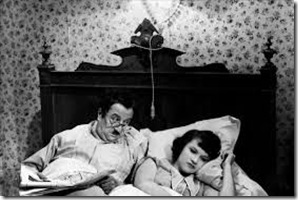 Americans equate sex with love, the French do not.  By now I suppose you are wondering why I am talking about this in the first place.  Well, La femme du boulanger (The Baker’s Wife) is about a philandering French wife and her cuckolded husband, and for many Americans, the ending is unfathomable.

Based on the novella Jean le Bleu by Jean Giono, The Baker’s Wife is about Aimable (Raimu), a baker in a sleepy French town where everyone knows everyone’s business. When his much younger wife, Aurélie (Ginette Leclerc), runs off with a good looking shepherd (Charles Blavette), Aimable refuses to bake and the town goes into an uproar.  A town full of generation-old grudges comes together and unites to track down the wonton wife and return her to the baker. Working with his usual stock cast, director Marcel Pagnol interweaves religion and philosophy to create a simple humanistic comedy about life.

While the film is called The Baker’s Wife, it really is the baker who takes center stage.  Raimu was an exceptionally gifted actor who could simultaneously make you laugh and cry.  His Aimable is a pitiful man. He’s both naïve and infuriating. His disbelief that Aurélie has left him is pathetic, especially as he continues to insist she has went to her mother’s even after countless people have told him that she ran away with the shepherd.  In the hands of a lesser 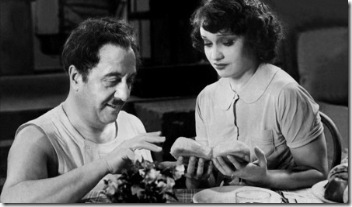 actor, Aimable could have morphed into the stereotypical cuckolded husband—weak and infuriating—especially in the final scene when he takes Aurélie back.  Instead of beating her or scolding her, he uses a wayward cat as a surrogate to reprimand her for her straying ways. It is a beautiful scene, and the one that most remember about The Baker’s Wife.

There is nothing artistically special about the movie, though.  Georges Benoit’s cinematography is unremarkable and, for me, there aren’t any lasting cinematic images.  It is the story and the acting that carries The Baker’s Wife. Each character (even the periphery ones) has a unique personality.  The town priest (Robert Vattier) 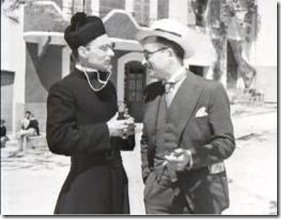 is constantly at odds with an atheist teacher (Robert Bassac) and a womanizing mayor and marquis (Fernand Charpin).  Their conversations about what constitutes sin and if there is a God are highly entertaining.  Yet, it is with their unique talents that they come up with a plan to ensure that the town gets its bread.  For me, this sends the message that no matter how divergent world views may be, there is always something that brings people together—in this case, fresh delicious bread.

Still, there are elements of the story that are too far-fetched for me.  Aurélie knew the shepherd all of ten minutes and the next thing you see is her rubbing up against him with her husband only feet away was too much of a st 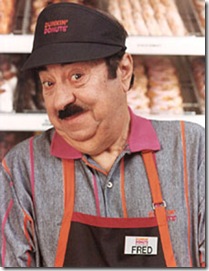 retch. Obviously this wasn’t her first liaison (what with her going to church all the time but no one ever seeing her there), but in the span of twenty-four hours to decide you are going to leave your husband for someone you’ve just met pushes the bounds of believability.

Overall, I enjoyed The Baker’s Wife. The story is quirkily told and wickedly funny.  And, Raimu gives a fine performance.  Yet, its lack of aesthetics and the unbelievable way Aurélie and the the shepherd hook up, take a lot of shine off the overall production.  Plus, I couldn’t help but wonder if Dunkin’ Donuts modeled their old spokesperson after Aimable—"Time to make the donuts.”