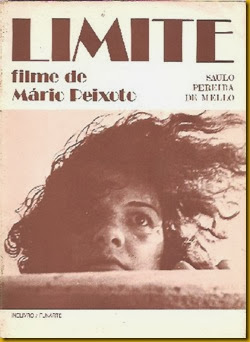 If all you can think about is how much you wish you had a handful of Dramamine and speed while watching a film then you are not having an enjoyable viewing experience.

Director Mario Peixoto’s Limite (1931) is not the worst “art” film I’ve ever seen, but it surely wasn’t good, either.  In general, I don’t like experimental film. This admission capped with the fact that this was also a silent experimental film only seemed to heighten my abhorrence.  And, unlike other avant garde films that I disliked (see L'age d'or and Un Chien Andalou), Limite also had the indecency to be exceedingly long—114 minutes of pain. 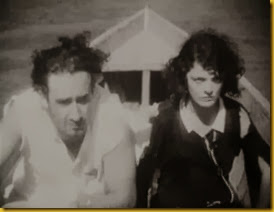 In a rowboat to nowhere three nameless people—two women (Olga Breno and Tatiana Rey) and one man (Brutus Pedreira) indefinitely and aimlessly drift at sea.  Some semblance of what led them to this sea of abyss is told via flashbacks—but even those don’t really explain how the hell these people ended up floating in a boat together.  As such, the “story” made absolutely no sense and drug on forever—hence my need for a handful of speed.

And what of my desire for Dramamine?  Spinning, swerving, spiraling, and twirling cameras, surprisingly, capture those types of images. I suppose this is where the experimental comes into play and why this is viewed as a “cult” film, but it just gave me a migraine.

Overall, I hated it.  The best part of the film was when they showed a clip of an old Little Tramp film.  For one blissful minute in Limite I didn’t want to scream, “Is it over YET?”