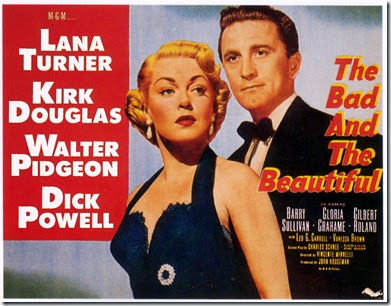 Contrary to published reports, and the Oscar committee of 1952, director Vincent Minnelli’s The Bad and the Beautiful (1952) proved that Lana Turner could really act. Playing a character amalgamation of a little bit of 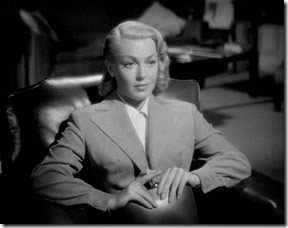 Judy Garland, Dianna Barrymore, and probably Jennifer Jones, too, Turner gives the performance of her career—how she was snubbed by the Academy for this and rewarded with a nod for her campy turn in Peyton Place (1957) is beyond comprehension.  A further annoyance is that Gloria Grahame won Best Supporting Actress for her very limited turn in this film and beat out both Thelma Ritter (With a Song in My Heart) and Jean Hagen (Singin’ in the Rain) for the award.  However, the one person who did rightfully earn a nomination was Kirk Douglas, who plays a Hollywood megalomaniac who darkens the glitter of Tinseltown for everyone he meets.  I suspect Douglas’ spot-on performance of the bastard son of Orson Welles, Val Lewton, and David O. Selznick is one of the reasons that The Bad and the Beautiful is still considered one of the best done movies about the film industry.  Mind you, that doesn’t mean that it’s not soapy (hell, a soap opera is named after it, just insert Bold for Bad)—because it is—but wasn’t (and isn’t) Hollywood its own soap opera?

Based on George Bradshaw’s “Tribute to a Badman”, the Oscar-nominated 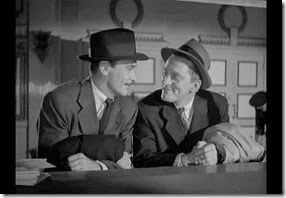 screenplay cuts the picture into three periods, told in flashback, of the life of movie producer Jonathan Shields (Douglas).  The first section is dedicated to the Poverty Row years of the young producer and his friend and aspiring director Fred (Barry Sullivan).  Working for a penny-pinching film executive (played by Walter Pidgeon), the duo hit B-picture gold when they make Doom of the Cat Men (no doubt, a direct reference to Lewton’s Cat People).  Unfortunately for Fred, when the opportunity to make a $1 million picture comes their way he gets burned by the rising star that is Jonathan.

The second act of the rise and fall of Jonathan Shields is the main reason to watch The Bad and the Beautiful, because this is when Turner’s Georgia Lorrison has her dealings with him.  The daughter of a Hollywood legend and drunk (probably a reference to John Barrymore), 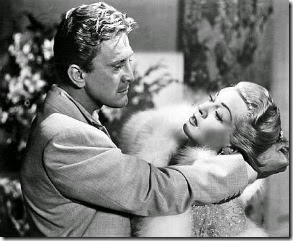 Georgia is a Hollywood extra—as well as a drunk and tramp (all things that at one time or another Turner herself was) who Jonathan deems has star power—even though she can’t really act.  Knowing that Georgia has daddy issues, Jonathan becomes a father figure to her and coaches her on the finer points of acting while casting her in the lead of his next big picture.  Insecure and fragile, Georgia falls desperately in love with Jonathan only to realize what a detestable human being he actually is.  To say that Turner is on fire in every one of her scenes would be an understatement. She owns every second she is on screen—she even overshadows Douglas.  I would have been completely happy if the other two sections of the film had been completely thrown out and Minnelli just focused on this maniacally toxic relationship.

The final part of the film focuses on Jonathan’s dealings with author and screenwriter James Lee (Dick Powell).  A southern academic married to a distracting, idiotic wife (Grahame), Ja 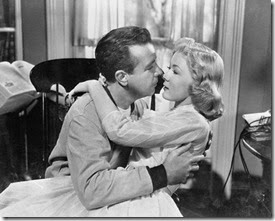 mes Lee finds himself entrenched in Hollywood after his wife convinces him to hear Jonathan out about writing the screenplay for his novel, which Jonathan has bought the rights to.  When Jonathan realizes his would-be writer can’t get anything done because of his wife, he asks a known Hollywood Casanova (Gilbert Roland) to provide her with her own distraction.  Things don’t end well…all around. The film’s director (modeled, I believe, on Alfred Hitchcock) walks off the set and Jonathan takes over the helm and proceeds to produce the film that bankrupts his own studio.

My biggest complaint with The Bad and the Beautiful is it ends with the weakest part of the movie—maybe of no fault of it’s own.  Whoever thought it was a good idea to have anything or anyone follow Turner’s section of the film was obviously an idiot. The headliner is the headliner, and things 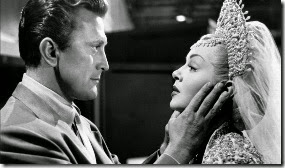 don’t usually go well when anyone follows the main attraction. Yes, I know that when Jonathan was with Georgia he was on top and the downfall still needed to be told, but that fact alone does not negate how much the story sags once Georgia is out of the picture (although she does make a brief appearance in this section).

Overall, The Bad and the Beautiful is the beneficiary of great performances by Turner and Douglas.  While I don’t agree with the overall organizational structure of the film, it is still well told and highly entertaining.