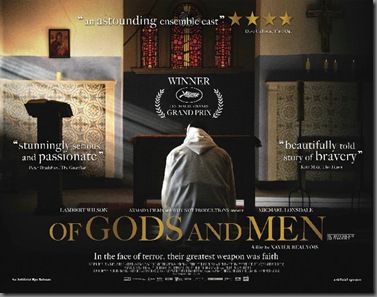 While the Islamic world sets itself aflame with religious zeal due to perceived slights to the Prophet Mohammed by one very intolerant bigot I watched director Xavier Beauvois’ Of Gods and Men (2010). It tells the spiritually courageous story of eight French Trappist monks’ attempt to ride out the Algerian Civil War, which was a.10-year bloody struggle (1992-2002) for power between the government and Islamist rebel groups. The story takes place in the winter of ‘95-96 at the monks monastery, Notre-Dame de l'Atla 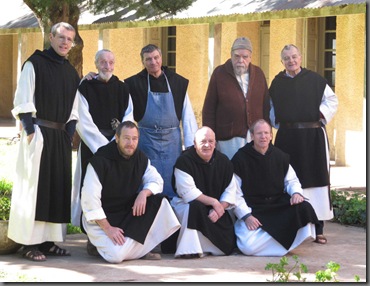 s of Tibhirine, during a clash between rebels and the government.  As danger knocked at their ancient door, the monks had to decide whether they would remain true to their vocation or give into their fear of death.

Often when people watch films about contemplative religious (monks and nuns) they have a difficult time understanding the austerity and quietness in which these men and women live. As someone with a bit of experience with the religious life I suspect I have better insight into this world than most.  As such, I was not fazed when Beauvois chose to focus in on the internal (mostly silent) struggles of these men as they grappled with their desire to stay true to their calling while at the same time fearing death.  Still, crises of faith, especially ones that remain mostly unspoken, don’t exactly make for riveting cinema for most viewers.  There are many long, static shots of still silence in this, and for some that can come off as boring.  I expect many viewers asked themselves why Beauvois chose not to have the men’s internal dialogues spoken in voiceover.  Ah, but it’s all about their facial expressions and body language—that’s how you understand what they are thinking.  If you can convey this without vocalizing it then you, as a director and as an actor, have done something special. 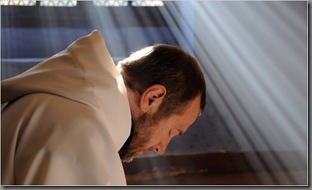 Other than Michael Lonsdale, who plays Brother Luc, most of the actors here are relatively unknown to audiences outside of France.  Some may be familiar with the work of Lambert Wilson (especially fans of The Matrix films), who plays Brother Christian, but the other six monks are played by French character actors. The one thing a character actor knows how to do is how to use his/her face and body in a scene.  They don’t always have a lot of dialogue, so they have to make up for this with stage/screen presence.  This is exactly the type of actor Beauvois needed to fill the roles of his often silent monks.  Dialogue hogs have a tendency to become hammy when they have limited lines, so it was an inspired decision to use actors who weren’t used to having to speak a lot on screen. 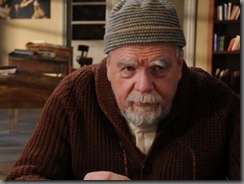 As a result, all eight men give delightfully nuanced performances which make you believe that they are monks.  Of course, for me Lonsdale’s Brother Luc is the most memorable of the men.  Perhaps it was his age-induced haggard look and his lumbering gait, or maybe it was those weary soul-full eyes of his, but he fully embodied so many religious that I have come across in my life.  He deservedly won a Best Supporting Actor César (France’s Oscar) for the greatest performance of his long, storied career.

While there are many expertly designed scenes to discuss, I would like to focus on my favorite: Beauvois’ homage to The Last Supper. Set to Tchaikovsky’s Swan Lake (op. 20 Moderato), the monks gather around their communal table to partake in what one would assume they viewed as a meal of reprieve. Having overcome their personal struggles about whether to flee danger or to stay true to the words of John 10:12: “a good shepherd does not abandon his flock,” the men are at peace with themselves and one another. As they silently and reverently listen to that beautiful composition a wave of emotion washes over each man’s face.  In one of the more powerful scenes I’ve seen in recent cinema, Beauvois employs extreme close-ups of every man’s face.  This elicits an extremely powerful emotional reaction from the viewer (at least it did for me).  Knowing what will 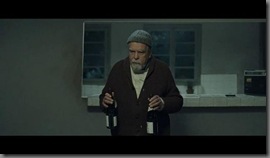 soon befall seven of these men, of course, makes it an even more bittersweet view of what can only be seen as unmitigated joy at being alive and at peace with themselves.  (While I don’t do this often, I invite you to watch this clip: http://vimeo.com/27678110)

Overall, Of Gods and Men is an emotionally riveting film.  The peace with which these men lived is inspirational. At a time when there is so much religious unrest in the world it is good to know that there are some people who still believe in peace, tolerance and human goodness.