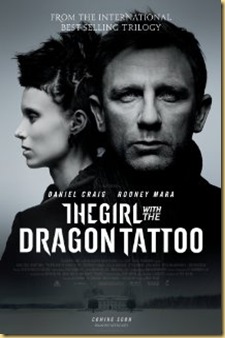 While Sweden generally does not suffer from extreme heat temperatures,  I can find no other explanation as to why so many characters in director David Fincher’s The Girl with the Dragon Tattoo (2011) are so diabolically demented than this: Satan sleeps in Sweden.  While the film is cloaked in a rather riveting plot about a serial killer, there is no getting around the fact that that the story is filled with graphically disturbing scenes and amoral characters. 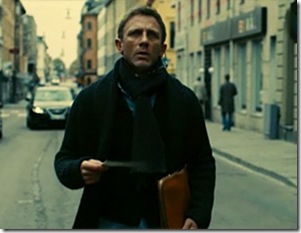 Based on the international best-selling Swedish novel of the same name by Stieg Larsson, The Girl with the Dragon Tattoo asks the question: what happened to Harriet Vanger (Joely Richardson) 40 years ago? Disgraced journalist Mikael Blomkvist (Daniel Craig) is asked by Henrik Vanger (Christopher Plummer) to investigate his niece, Harriet’s, disappearance and assumed murder.  Whilst combing through boxes of documents, Mikael discovers a notebook containing a list of undecipherable names and numbers, which he thinks is connected to Harriet’s disappearance. Part of his investigation requires his questioning Vanger family members about what they remember about the day Harriet disappeared. Let me tell you, the entire Vanger family is a study in emotional instability and Type A-personalities—almost all of them live on the same massive island compound in separate homes and refuse to speak to one another.  When Mikael’s investigation hits a snag he enlists the help of Lisbeth Salander (Rooney Mara), a gifted computer hacker.

Lisbeth is the girl with the dragon tattoo—as well as many other tattoos and piercings.  Let’s just say it—she’s a crazy bi-sexual with anti-social tendencies who dresses like a punk obsessed with the color black.  You’d think that the most disturbing images about the hunt for a serial killer would be connected to the murders, but not here. No, we are treated to two graphic rape scenes. In one, Lisbeth is sodomized by her reprehensible So, after my description of the film you are probably wondering why I gave it 2-and-a-half stars if I was so repulsed by it?  Well, no matter how deplorable and unlikable most of the characters are and how graphically disturbing some of the images are, you cannot get around the fact that the story is compelling.  When Mikael and Lisbeth discover the truth about what happened to Harriet you are shocked (even though when you reflect on how screwed up the Vanger family is it does make perfectly sick sense).

Although Mara was nominated for a Best Actress Oscar, overall there were no striking performances.  The film is filled with gifted actors: Plummer, Richardson, and Stellan Skarsgård to name a few, and there is a steadiness to the film because of this.  Yet, other than the character of Lisbeth (and even she is limited), Fincher presents his characters as staid, cool Swedes. 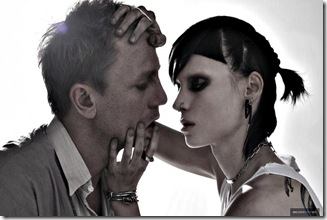 Attempting to channel Bergman was a mistake for a former music video director from Colorado. Fincher does much better making films with American sensibilities, and should leave Swedish existentialism to the master (and, on occasion, his American stalker and imitator Woody Allen).

Overall, I found The Girl with the Dragon Tattoo graphically disturbing, but found myself immersed in its overall plot. I didn’t like one single character, yet was still somewhat attached to the outcome of a few of them.  Simply put: I found the entire film disturbing—was that a good thing? Who knows…