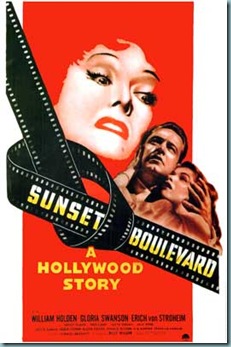 Before there was The Artist (2011) there was director Billy Wilder’s Sunset Boulevard (1950). Both movies shine a very bright light on the plight of a silent film star in the Hollywood Sound Era.  Of course, things end much better for George Valentin in The Artist than they do for Norma Desmond (Gloria Swanson) in Sunset Boulevard, but that’s probably why I prefer Norma’s story.  It also helps that the acting is insanely good, the script is dark and acidic, and the set design is ostentatiously divine. 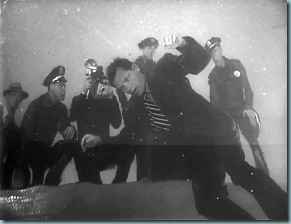 The story opens with out-of-work screenwriter Joe Gillis (William Holden) floating in a pool—are spoiler alerts really needed after this?—and Joe narrating how he came to find himself there. Trying to evade the repo-man, Joe pulls his car into the driveway and subsequent garage of silent movie queen Norma Desmond.  His timing is both good and bad. It’s bad because Norma’s beloved chimp is soon to be interned, but good because she is planning a return (please don’t say ‘comeback’) to the screen via a screenplay she has penned herself that needs the deft hand of an abled-bodied writer.  Joe, of course, is the obvious choice—he’s broke and hiding from repo-men.

Norma’s enormous gilded mansion is a decaying monument to herself—photographs and paintings of her line the walls and furniture tops. The house and Norma are attended by Max (Erich von Stroheim)—a quiet, unassuming former director and husband of Norma. I expect it was rather painful to watch Norma make Joe her gigolo, but Max was the s 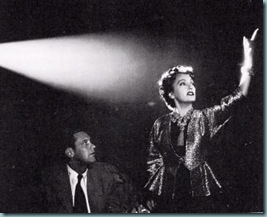 ort of man who just wanted to keep his ‘star’ happy. Anyway, the movie takes on a sadistically ironic feel when someone from Paramount calls the house and Norma assumes Cecil B. DeMille wants to direct her in the Salome screenplay she and Joe have penned. Suffice to say this was not the case—they wanted to use her Isotta-Fraschini (see: big, expensive car)—but no one tells Norma and she sets off on a beauty-workout montage that would make Rocky proud.  All the while, Joe is getting cozy with a young female screenwriter (Nancy Olson) and thinking of a way to escape his situation.  Alas, no one ever leaves a star—at least that’s what Norma thinks—and Joe ends up floating face-down in the pool.

I never really liked Gloria Swanson’s silent films and her early forays into the Sound Era were nothing to write home about, either.  Yet, there is something mesmerizing about her campy performance as Norma.  Of course, Wilder and fellow screenwriters Charles Brackett and D.M. Marshman, Jr., incorporated so much of the real Swanson into Norma that it’s hard to know 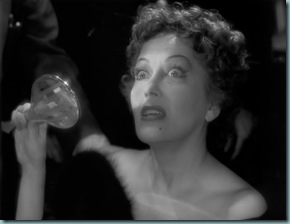 where one woman begins and the other ends.  For example, in her heyday, Swanson was known to have received 10,000 fan letters in a single week and she lived in a gigantic Italianate palace on Sunset Blvd—just as Norma did.  Surely, Swanson knew how grotesquely Wilder was portraying Norma, which only adds to her overall performance. It’s as though she were saying, “You want a delusional megalomaniac past her prime, do you? Well, feast your eyes on these wild eyes, affected mannerisms, and predatory, stalking gait!” Swanson earned her third, and most deserved, Oscar nomination for a role that countless faded female stars turned down, but only she had the panache to play!

The other three principal actors (Holden, Stroheim, and Olson) were also nominated for Academy Awards, but none would have shined quite as bright without Swanson (and in Olson’s case you can only wonder how weak the Best Supporting Actress category was that year?). Holden is convincing as the cynical, world-weary Joe, who finds 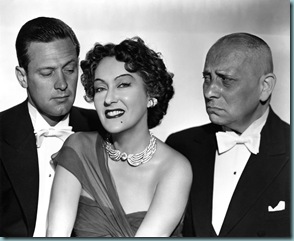 himself grudgingly accepting the position of gigolo to a lunatic.  Yet, it’s not his acting that I most remember when I think of him in this, but his wonderful physique when he emerges shirtless from the swimming pool (before he was dead, mind you).

In Stroheim’s case, he like Swanson, was playing a caricature of himself.  He hadn’t directed a film in nearly 15 years when Wilder asked him to play Max von Mayerling and screen a version of his Queen Kelly (1929) for Norma and Joe to watch (it starred Swanson).  When he “directs” the final scene in the movie, you know where Norma comes down the stairs and says, “All right, Mr. DeMille, I'm ready for my close-up,” it must have stung just a bit—Stroheim was considered to be just as good as DeMille in the 1920s but their careers took dramatically different turns in the Sound Era.

But there would have been no standout performances without Wilder’s brilliant script—it drips with acidic venom for the excesses of Hollywood.  No element is safe, but the Studio System is his biggest target.  When Norma says to Joe the writer, “We didn't need dialogue. We had faces” and “You'll make a rope of words and strangle this business! With a microphone there to catch the last gurgles, and Technicolor to photograph the red, swollen tongues!” Wilder was making a statement about what passed for artistry in (then) modern cinema.  Some, like Louis B. Mayer, were outraged by Wilder’s film and he took some heat for it, but in the end he had the last laugh as Sunset Boulevard endures as one of the best films ever about

I would be remiss if I didn’t mention Hans Dreier, John Meehan, Sam Comer, and Moyer for their Oscar-winning art direction and set design.  They made good use of the Getty mansion (which was actually located on Wilshire Blvd. before they tore it down and built the beyond boring Harbor Building).  Massive in size, every inch was used to display Norma’s ostentatious personality.  From the swan-shaped bed to the overcrowded living room, everything screams: Look at me! 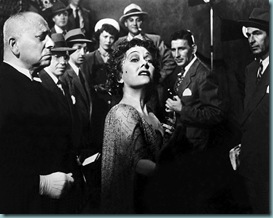 .  It bookends the film perfectly, but plays exceptionally well in that infamous, unforgettable final scene as Norma glides down the staircase and approaches the camera for her final close-up—which ironically ends up being a long-shot.  What a way to end a movie! One of the best closing shots ever—right up there with The Third Man (1949), Modern Times (1936), and The Birds (1963).